The Total Number of Votes Cast for Democrats in the Midterm Elections Just Made History, and It Says Everything About the Mood of the Country 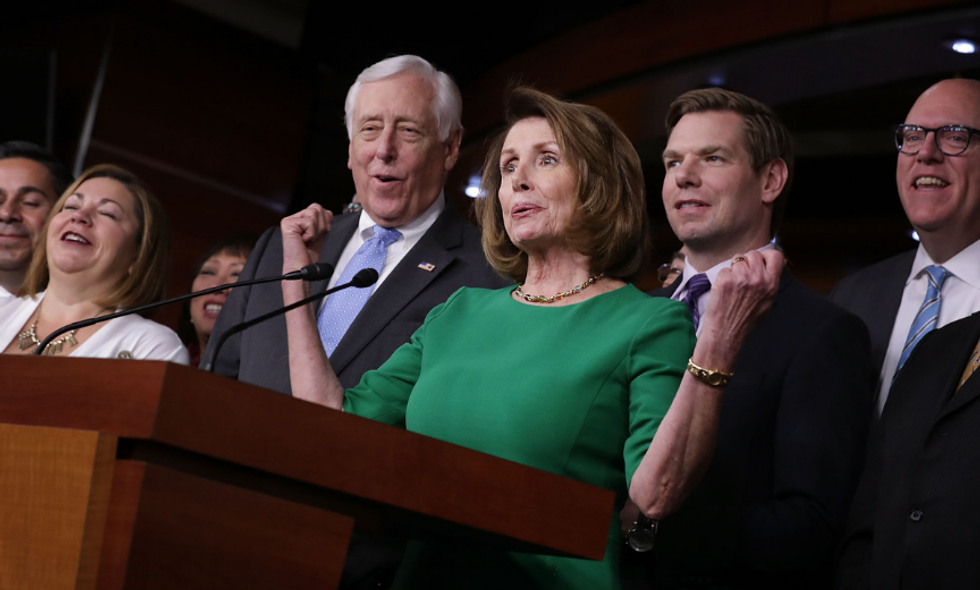 The Democratic party just broke the record for the largest national lead in raw House votes for either party in the history of midterm elections, according to Dave Wasserman, the U.S. House editor for the nonpartisan Cook Political Report.

The previous record was 8.7 million votes set by Democrats in 1974, the year former President Richard Nixon after being implicated in the Watergate scandal.

In the wake of the election, media outlets reported that the long prognosticated "blue wave" had not actually happened, a perception Democratic opponents immediately latched onto.

However, the data (available in this DOC from Cook Political Report) indicates that the Democratic influence across the nation resonated with voters, signaling a strong rebuke of President Donald Trump and his administration.

"There were a lot of uncalled races on election night," wrote Ed Kilgore in New York Magazine's analysis. "That occurred partly because many contests were close, but also because of two crosscutting phenomena that combined to slow the count in many places: Democratic-supported proliferation of last-minute voting opportunities, and Republican-supported restrictions that added to the number of unresolved “provisional” ballots."

Kilgore points out that "California stood out as a megastate that recently decided to allow mail ballots postmarked by Election Day to be counted later, which meant that over a third of the votes were uncounted on election night."

"The fact that late-counted ballots tended to trend Democratic almost everywhere (even if it wasn’t enough to change the outcome in several key races) made the final map bluer than it looked on election night," he added.

President Trump, however, claims that Republicans “defied history” in the midterms by maintaining control of the Senate and scoring a "slew" of governorships.

“It was a big day yesterday,” Trump said immediately after Election Day.  “The Republican Party defied history to expand our Senate majority while significantly beating expectations in the House. It was very close to a complete victory."

At the time, the president also took to Twitter to declare victory, saying that Republicans had delivered "a very Big Win" whilst "under the pressure of a Nasty and Hostile Media!"

The president later branded anyone who disagreed with his assessment "FAKE NEWS!"

To any of the pundits or talking heads that do not give us proper credit for this great Midterm Election, just reme… https://t.co/uwYmi2ULbt
— Donald J. Trump (@Donald J. Trump) 1541595159.0

While the Republican Senate majority is a boon for a president who has emphasized he will nominate more conservative judges to the Supreme Court, the loss of the House is a major loss for him, as he will find himself having to comply with investigations into members of his administration.

Indeed, Representative Elijah Cummings (D-MD), who will chair the House Oversight Committee, has signaled he will launch probes into the Trump administration after taking office on January 3.

“I want to look at all the things the president has done that go against the mandates of our Founding Fathers in the Constitution,” he said. “We need accountability, transparency, integrity, and honesty from this Administration.”

Cummings has wasted no time: His committee has already compiled a list of 64 subpoenas and inquiries into Trump administration activities that were denied when Republicans controlled the chamber. The budget for the Democrats will allow them to hire lawyers and investigators and fill key staffing positions.