Charles Manson Children: Who Does the Dead Cult Leader Leave Behind?

Charles Manson has passed away at the age of 83. The leader of the Manson Family had 3 children and multiple wives. Where are they now? 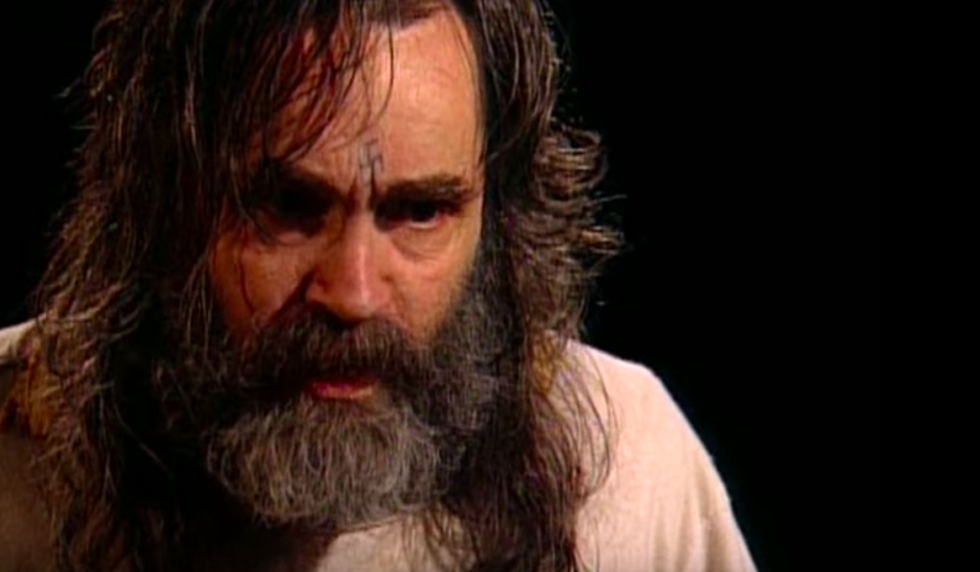 Charles Manson during an interview with Diane Sawyer. (Screenshot via Youtube)

Charles Manson, the notorious cult leader who led the Manson family, which carried out a series of murders in Los Angeles during the summer of 1969, died in a Bakersfield, California, hospital yesterday at 83. He also fathered three children (that the public is aware of) and has had multiple wives.

It's tough to imagine what it must have been like for these children as they grew up, knowing that their father is one of the more infamous criminals of the last 50 years. So where are they now?

Several people have come forward over the last few decades to claim they are the "son" of Charles Manson, and Manson himself had a reputation for being vague on the subject. During an interview in 1981 with The Tomorrow Show's Tom Snyder, for example, he said, “How many children do I have? Uh, I don’t know. I’ve got lots of children, man. Uh, in fact sometimes I even think that you’re a child.”

However, in 1956, while serving a three-year prison term for failing to appear at a Los Angeles hearing and violating his parole for taking a stolen vehicle across state lines, his wife, a waitress named Rosalie Jean Willis, gave birth to their son Charles Manson Jr. Later in life, Manson Jr. renamed himself Jay White. White died on June 29, 1993, in Burlington, Colorado, from a "self inflicted gunshot wound to the head" according to his death certificate. White's son, Jason Freeman, was forbidden from talking about his grandfather as a child, but has since reconciled his roots. Freeman has never met Manson face-to-face.

After Manson and Rosalie Jean Willis divorced, he married Leona Rae "Candy" Stevens, a prostitute who had promised authorities she would marry Manson if he were freed after receiving a 10-year suspended sentence for attempting to cash a forged U.S. Treasury check. Just before they divorced in 1963, Stevens gave birth to their son, Charles Luther Manson. His whereabouts remain unknown today.

In 1968, Mary Brunner, the first member of the Manson family (known as "Mother Mary" to Helter Skelter believers, gave birth to Valentine Michael Manson. Valentine, who goes by Michael Brunner today, by all accounts leads a private life. He acknowledges his paternity but disavows Manson entirely. Brunner was just 18 months old when he was sent to live with his maternal grandparents after the infamous Tate-LaBianca murders. At the time of an interview he gave to KCBS in 1993, he had recently become the father a newborn son. Brunner credits his grandparents with providing him with a stable upbringing considering the circumstances.

Over the years, the names of other possible Manson offspring have been floated, but their paternity remains uncertain. These include, but are not limited to:

Zezozose Zadfrack Glutz, born in 1968 to Susan "Sadie" Atkins, who participated in the murders of Sharon Tate, Abigail Folger, Jay Sebring, Wojciech Frykowski, and Steven Parent. Atkins, who died in prison from brain cancer in 2009, maintained that the father was Bruce Hall, who lived with "The Family" for a short time. A California couple adopted her son, renaming him Paul. Atkins had no contact with her son after her incarceration in 1969.

Angel, born in 1970 to former Family member Linda Kasabian, who was the key witness in District Attorney Vincent Bugliosi's prosecution for the Tate-LaBianca murders. He was reportedly given up for adoption.

Jene, the daughter of Kathryn "Kitty" Lutesinger, who was introduced to The Family via her boyfriend, Bobby Beausoleil, who is currently serving a life sentence for the murder of music teacher and Manson Family friend Gary Hinman. Lutesinger was pregnant when she arrived at Spahn Ranch, however, and it is likely the child is Beausoleil's.