A Border Patrol Agent Just Anonymously Explained How a Government Shutdown Will Actually Harm Border Security, and the Irony Is Rich 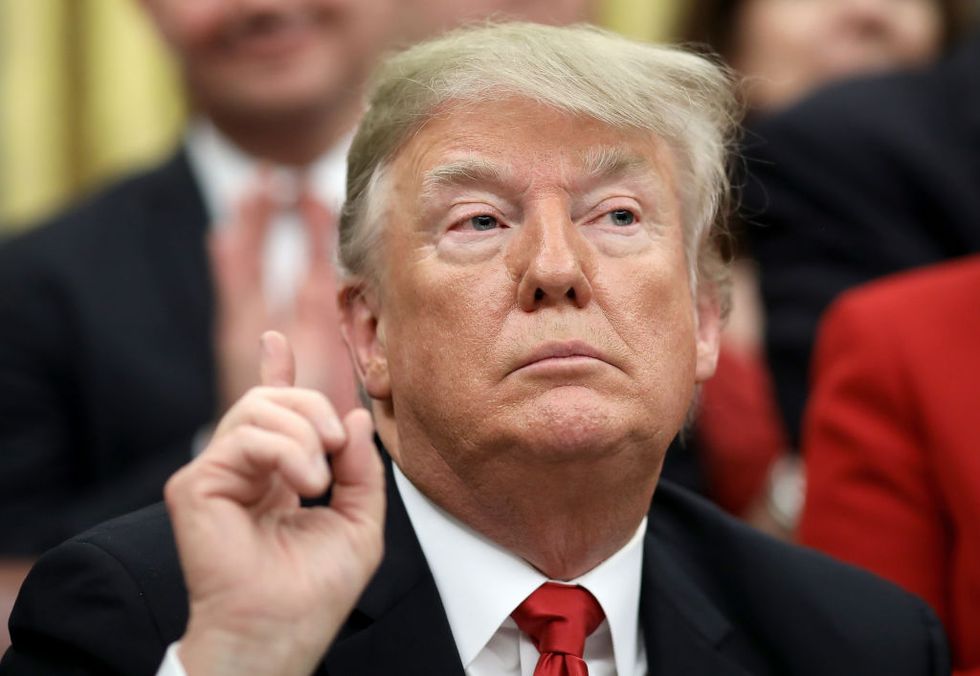 U.S. President Donald Trump speaks on the possibility of a government shutdown during the signing ceremony for the First Step Act and the Juvenile Justice Reform Act in the Oval Office of the White House December 21, 2018 in Washington, DC. (Photo by Win McNamee/Getty Images)

The United States federal government is currently operating on a continuing resolution authority or CRA. A CRA is approved by Congress and the President as a stop-gap measure when a current fiscal year budget has not been approved.

So rather than allow the government to shut down, Congress and President Donald Trump approved a CRA, allowing all federal agencies to operate under their fiscal year 2018 budget guidelines. That CRA is set to expire at midnight on Friday, December 21.

President Trump at first told Democratic leadership—in front of news cameras—he would be "proud" to shut down the US government if they did not give him over $5 billion for his wall. But after public outcry and requests from the GOP to not hold the federal government hostage for his pet project—the ill advised and poorly supported border wall—Trump changed his mind and agreed to sign the new CRA approved by Congress to keep the government running until February 2019.

But his agreement was short lived.

Trump now says the government will shut down at midnight—meaning federal workers will receive no pay and all non-essential personnel will remain at home—unless he gets the money he wants for his wall. The President justified his stance by citing border safety and security and the threat of "believe it or not, coyotes."

But someone more familiar with the needs along the United States' borders finds shutting down the government to increase border security ironic. A member of the US Customs and Border Patrol (CBP) spoke to Yahoo News about the imminent shutdown.

Each government agency has their own defined essential and non-essential personnel outlined as part of their contingency plans. For CBP, which is the law enforcement arm of the Department of Homeland Security that specifically patrols borders and ports of entry, a shutdown means essential personnel such as border agents work without pay.

Non-essential CBP employees—who according to the agent are "the people who do payroll, intel analysts, human resources, executive assistants, vehicle maintenance, etc."—are furloughed. It is illegal for federal workers to donate time, so these workers must stay out of the office and do no work during a shutdown.

"The agency can’t effectively operate without those people in place, so during a shutdown, uniformed agents are moved into some of those positions. Which can have a huge effect on operations."

Much like his border wall, most people with a working knowledge of the government and effective border enforcement do not think Trump's ultimatum is a good idea.

But the President has often been accused of listening more to the people on the couch at Fox and Friends and right-wing pundits and conspiracy theorists over actual experts.

The resignations of Generals James Mattis and John Kelly—as Secretary of Defense and Chief of Staff respectively—point to that conclusion as well.

Despite already promising GOP leaders he would back their approved CRA, Trump sang a different tune Thursday that echoed the criticism he received Wednesday from those non-experts at Fox News and on Twitter.

"I’ve made my position very clear. Any measure that funds the government must include border security. Walls work, whether we like it or not. They work better than anything."

The President also took to Twitter Friday to reiterate his position.

The Democrats, whose votes we need in the Senate, will probably vote against Border Security and the Wall even thou… https://t.co/o4ZLHp93QM
— Donald J. Trump (@Donald J. Trump) 1545395058.0

The CBP agent stated such disregard for the needs or wants of the agencies of the federal government is a detriment to morale.

"Agents feel like no one cares that they aren’t being paid, or that no one cares about the mission. The agency is always going to figure out a way to work around the shutdown, but there is a real, tangible, immediate effect on border patrol operations."

Regarding the wall, this expert in the field of border security stated:

"A wall is just a wall. True security is more nuanced and complex than any single piece of infrastructure."