Parkland Shooting Survivor Just Asked Marco Rubio if He'd Promise Not to Take Money From the NRA, and It Didn't Go Well 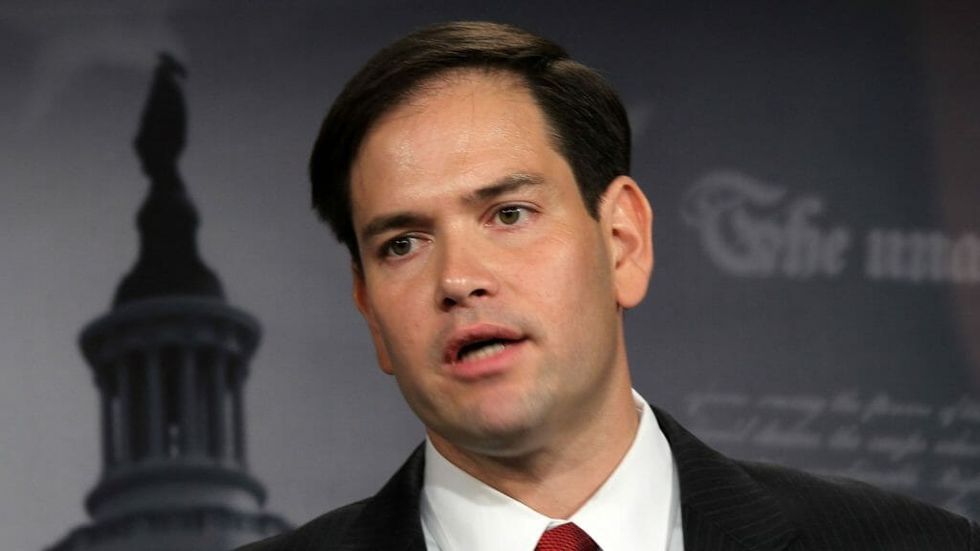 "Can you tell me right now that you will not accept a single donation from the NRA?" Casky asked Rubio. Amidst thunderous applause, Rubio issued a drawn-out, almost non-answer.

The video is below:

But Casky did not let up. Poised and focused, he asked if, "in the names of 17 people, you can't ask the NRA to keep the money out of your campaign?"What came next was stunning.

"I will always accept the help of anyone who agrees with my agenda," a visibly uncomfortable Rubio stated.

"You could say no," Casky quipped.

In his response, Rubio also said that he believes "influence in these groups comes not from money. The influences come from the millions of people that agree with the agenda."

Rubio looked really uncomfortable the entire time, especially while uttering "one the worst lies I've heard in a while," Brad tweeted.

@dvgsecurity @CNN It's hard to contain the emotion when the red party sells out the country to line their wallets o… https://t.co/LavZ9TcrfQ
— Wasteland Warrior (@Wasteland Warrior) 1519270089.0

Simply put, Rubio answered the question, but not in the way Casky or his colleagues would have liked. His words seem to be slowly orbiting a black hole of "no."

Although some people thought he answered the question.

Rubio made his intentions clear on "what his views on policies are. He's pro the 2nd amendment" Dan Hepner replied on Twitter.

Rubio clearly plans to "continue to fold to the NRA and take their donations as usual, as always," B Smith wrote.

Rubio did however add that he supports lifting the age someone can buy a rifle from 18-21, something which Rubio claims the NRA is against. "I think it's the right thing to do," he said.

As White Ninja asked on Twitter, wasn't Rubio "sent to DC to support OUR agenda?"

Overall, though, it was a pretty rough night for Florida's junior Senator and possible future presidential candidate. Casky may very well have ended those dreams last night.