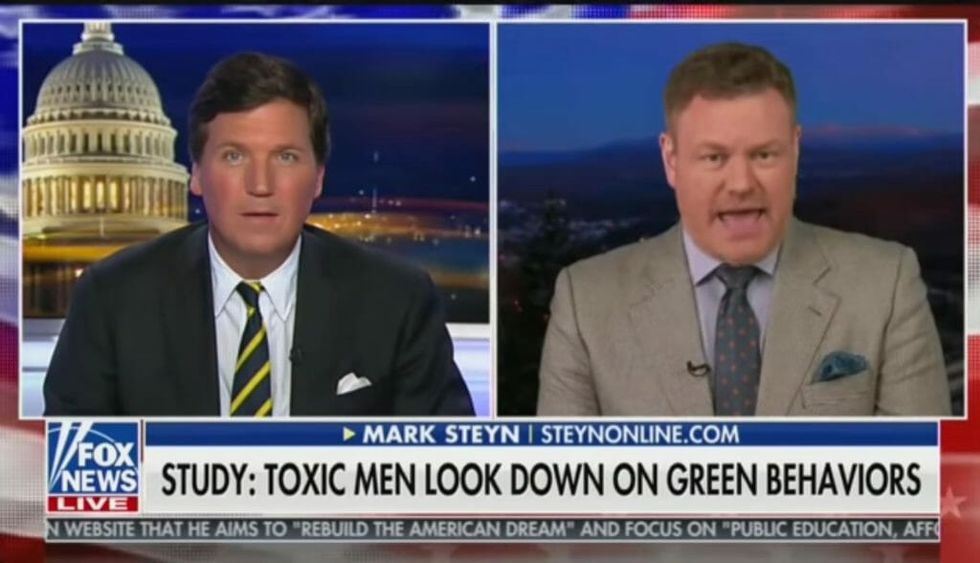 In an effort to explain away climate change on his Fox News program, conservative host Tucker Carlson asked:

"How did we wind up with a country in which feminists do science?"

As for Carlson's question about women and science, plenty of people had answers for him, including Democratic Representative Alexandria Ocasio-Cortez of New York.

"Democracy and civil rights is how we got a country where 'feminists do science'."

She also called out Carlson for using misogyny to discredit scientific facts about climate change.

People listed some of the women whose pioneering work advanced science.

if feminists didn’t “do science” you wouldn’t know the structure of DNA, artificial radioactivity, how genes move b… https://t.co/GBZU1ap4d1
— mary sagatelova (@mary sagatelova) 1554466759.0

Tucker Carlson, We wound up with feminists doing science because science is for everyone. In practice, things sti… https://t.co/Ign8uBzltK
— 500womenscientists (@500womenscientists) 1554467595.0

They also disclosed that not only do "feminists do science," but they also do math.

People had questions for Carlson as well. Such as, what are his credentials, exactly?

@ndrew_lawrence How did we wind up with a country in which a pillar of monkey shit with a propensity for bow ties e… https://t.co/PyxznhpJAk
— David Rothkopf (@David Rothkopf) 1554424607.0

Class clown misogynist Tucker says: “How did we wind up with a country in which feminists do science?” How we wind… https://t.co/hJo6fQnzZB
— Chris Sampson (@Chris Sampson) 1554438162.0

That wasn't Carlson's only bon mots however.

Other high points of the program included praise for Immigration and Customs Enforcement (ICE) putting children in cages and claiming ignorance of the concept of White Nationalism despite constantly featuring White Nationalist talking points on his program.