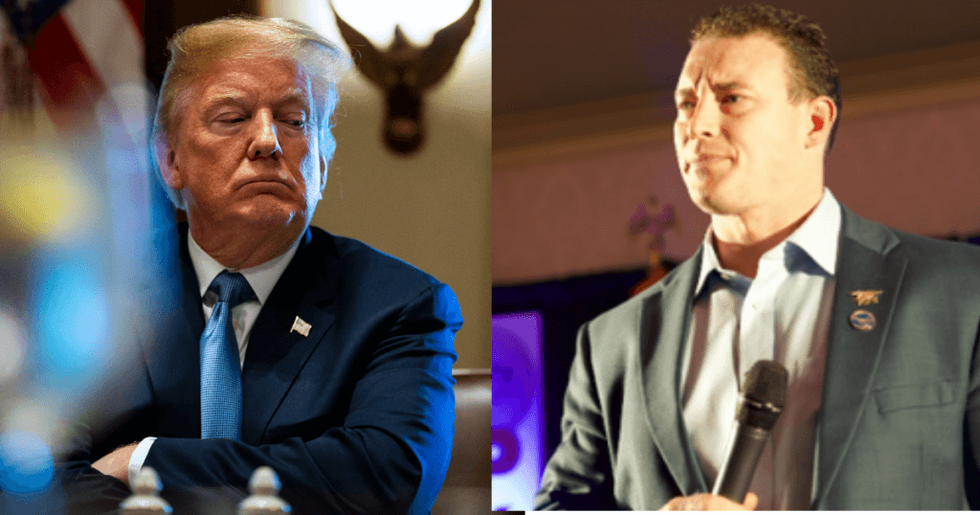 A former advisor to President Donald Trump lavished praised onto an Australian lawmaker who blamed the victims of Friday's terrorist attacks which claimed at least 49 lives at two mosques in Christchurch, New Zealand.

“I am utterly opposed to any form of violence within our community, and I totally condemn the actions of the gunman,” Anning said. “However, whilst this kind of violent vigilantism can never be justified, what it highlights is the growing fear within our community, both in Australia and New Zealand of the increasing Muslim presence.”

Anning said “left-wing politicians and media” will claim that “the real cause of bloodshed on New Zealand streets today is the immigration program which allowed Muslim fanatics to migrate to New Zealand in the first place.”

The real problem, according to Anning, is the presence of Muslims. "Usually they are the perpetrators," Anning said of followers of Islam. "The entire religion of Islam is simply the violent ideology of a sixth-century despot masquerading as a religious leader," he said.

This is an official press release from Fraser Anning, an Australian Senator about the #NZMosqueShooting. It is ab… https://t.co/slbszXp3ly
— Frederick Joseph (@Frederick Joseph) 1552656894.0

After the attack, Anning dumped his xenophobia into the Twitterverse.

"I wonder if there will be as much outrage from the left wing when the next Muslim terrorist attack occurs?" he wrote. "Most likely silence and talk about 'lone wolf attacks, mental illness and no connection to Islam.'"

This caught the attention of Carl Higbie, a former advisor to Trump, who retweeted Anning's remarks.

Higbie then tried it again, drooling over the "outrage" he anticipated over Anning's statements.

He later conceded that Anning "seems a bit extreme," but the damage was already done.

@lachlan These statements amaze (and horrify) me. So oblivious and without response to the racial terror attacks be… https://t.co/bhrz0XLJeC
— Xander Berkeley (@Xander Berkeley) 1552674447.0

Higbie also claimed, falsely, that a "good guy with a gun" stopped the shooter.

It was, in fact, an unarmed witness who tackled the gunman, took his weapon and chased him away. The assailant was apprehended by police shortly thereafter.

Most people, however, were unsurprised by Higbie's tweets.

Higbie has made racist comments—and defended them—in the past.

According to Higbie, black women "think that breeding is a form of employment" and the "high percentage of people on welfare in the black race" is because of "lax" morals.

There was also this gem:

Like Higbie, the shooter believed responsible for Friday's massacre was a self-described admirer of Trump.

The assailant, a 28-year-old Australian national, wrote in his manifesto that he supports Trump “as a symbol of renewed white identity and common purpose,” although “as a policymaker and leader? Dear god no.” He added that his other inspiration was Dylann Roof, the white supremacist who in 2015 murdered nine black worshipers in Charleston, South Carolina church.

At a press conference Friday afternoon, however, Trump brushed off the rise in white nationalist terrorism that is spreading like a cancer across western society.

“I don’t really" see it, Trump responded. “I think it’s a small group of people that have very, very serious problems, I guess. If you look what happened in New Zealand, perhaps that’s the case. I don’t know enough about it yet. But it’s certainly a terrible thing.”

Back down under, calls for Anning's resignation began circulating on Twitter.

People noticed the parallels between Anning's remarks and Trump's years-long disparagement of Muslims.