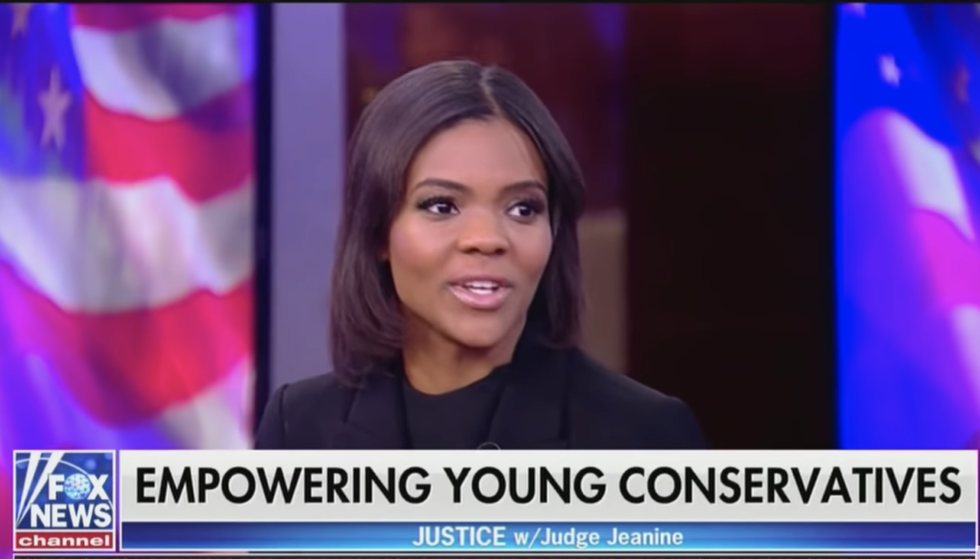 On Sunday, conservative firebrand Candace Owens appeared on Fox News to recap the year in politics and slam liberals, and ended up using an...interesting turn of phrase to explain Donald Trump's so-called appeal among the youth in America.

Confronted with poll numbers that show Donald Trump with 69% disapproval among those Americans between 15-26, Owens explained to Judge Jeanine Pirro that the polls are nonsense and, in fact:

"But this president, in particular, will appeal more to the youth generation. Something about him feels punk rock and rebellious. He’s rebelling against the establishment and the mainstream media."

It didn't take Twitter long to drag Owens for that doozy.

@TheContemptor Yeah, no. Nothing punk about someone that had everything handed to them in life on a silver platter… https://t.co/ozSAHw0p13
— Eric Preece (@Eric Preece) 1546192105.0

I know Candance Owens is just a meme but punk rock is literally the exact opposite of what Trump stands for https://t.co/AHrZlTGVZm
— lex (@lex) 1546199238.0

The GIFs flowed in.

And they did not disappoint.

Pretty much sums it up.

2018 was a rough year for Owens, who roped Kanye West into her #Blexit campaign with predictably awkward results, and then there was her feud with fellow righty Tomi Lahren.

Her latest analysis seems to be going over just about as well.