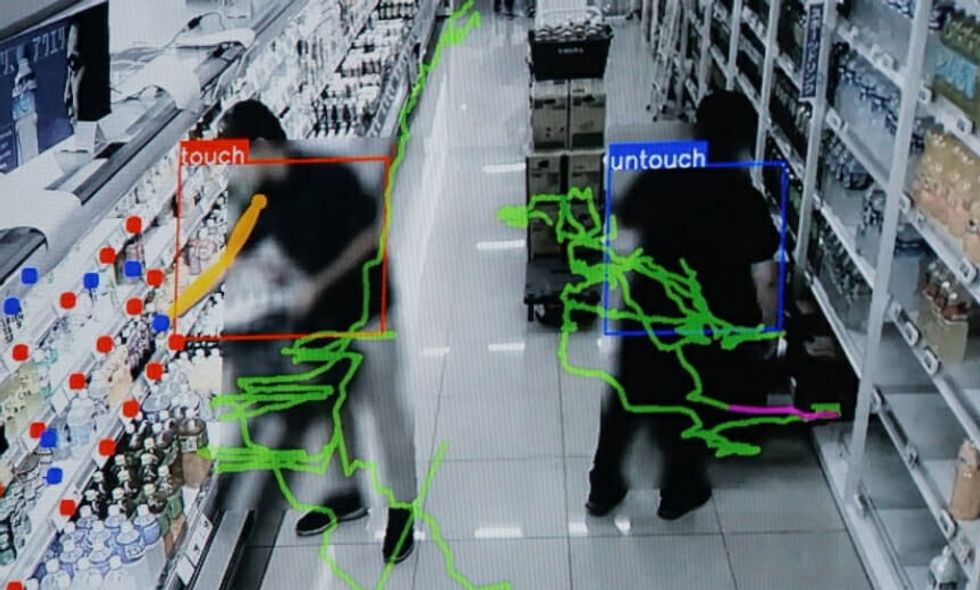 Facial recognition software is becoming more and more ubiquitous, stoking concerns of privacy and permission among Americans across the country.

Now, the technology might be on the shelves in grocery stores. Unlike commonplace surveillance cameras, the coin-size lenses can detect age, gender, and possibly even one's mood in order to produce targeted ads on screens for each potential customer in real time.

A version of these cameras was recently on display at the National Retail Federation trade show. A Mood Media Smart Shelf allowed users to stand in front of it while the camera attempted to detect their moods.

It's not just grocery stores they're pitching the smart cameras to either. Drive-thru windows are also prime real estate. If a camera detects a Minivan, an ad might suggest a family meal.

Some well known stores like Kroger and Walgreen's have already begun testing the technology in select locations, with intentions to expand if the trials are a success.

Though the technology might be unsettling to some, it could prove invaluable to grocery store and fast food chains struggling to compete with the surge of online grocery shopping and food delivery titans like Amazon and Grubhub.

Many remain to be convinced.

@cbcnewsbc What about our privacy? How can this practice be legal? I’ll sue any grocery store or department store t… https://t.co/ajPnYZctCD
— Donald B (@Donald B) 1556112755.0

What could possibly go wrong?