California Teachers Might Soon Get a Surprise on Their Taxes 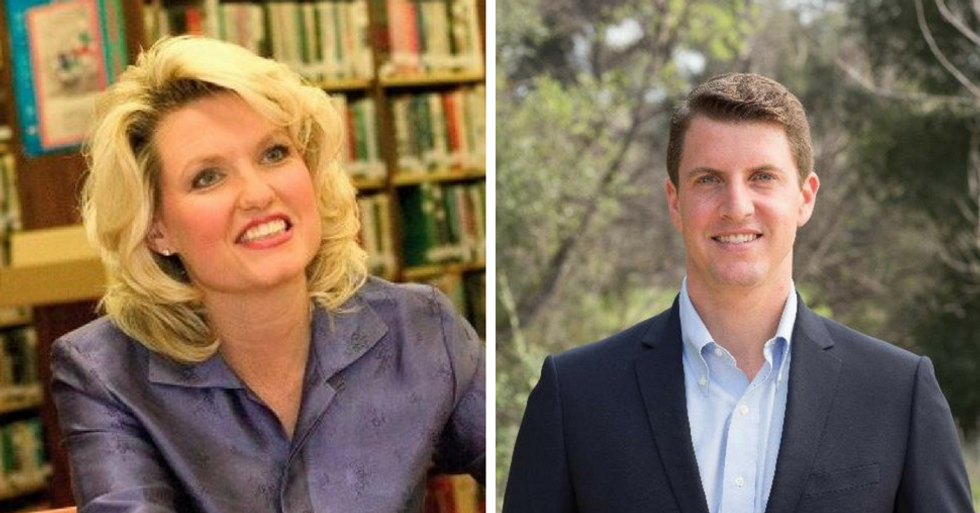 California’s growing teacher shortage is reaching crisis levels. Attracting new teachers is becoming increasingly difficult as the profession has failed to remain competitive with rising living costs, and older teachers are retiring in droves. However, California has a fairly radical new solution to both attract new teachers and increase retention: Two California state senators, Democrats Henry Stern of Los Angeles and Cathleen Galgiani of Stockton, have co-authored a California bill,SB 807, that offers K-12 teachers financial incentive to stay in the profession longer. To encourage them to continue teaching beyond the traditional burnout period of five years, California teachers would be exempt from paying state income tax, and receive reimbursement for any additional state-mandated training. That exemption would go up even higher after six years, and would grandfather in teachers who have already been working in the field.

The Teacher Recruitment and Retention Act is the first of its kind in California and in the country. This would be the first time a state has considered eliminating income tax for an entire profession. And while there are critics who argue that it singles out one profession to the exclusion of others, teaching is one of the professions in which employees do not receive overtime pay for the many additional hours they put in, where there is not a great deal of financial upward mobility, and where schools often face budget cuts that require them to work harder for the same pay.

“The teaching profession is critical to California’s economic success and impacts every vocation and profession in the state,” Stern said in a statement. “SB 807 addresses the immediate teacher shortage and sends a loud and clear message across the state and nation: California values teachers.”

Just how bad is this shortage? According to Bill Lucia, President and CEO of EdVoice, a non-profit education advocacy group that is supporting the bill, “We’re looking at what’s going on in teacher labor market in California and have some seen some serious evidence of a disconnect,” he tells Second Nexus. For comparison, he gives two other fields’ rate of attrition: Within the first five years of employment for DMV employees, only approximately 5 percent of workers leave the field. In first responder fields, such as EMTs or firefighters, approximately 15 to 18 percent leave within five years. “If you look at teachers, over one-third leave in the first five years.”

That translates to over 6,000 classrooms, and as many as 155,000 kids, where the “teachers” are just adults with an emergency credential who have passed a fingerprint background check, Lucia says. Because the school districts are desperate to fill these gaps, these temporary teachers are not trained or skilled in a professional capacity and many do not go on to become formally trained as teachers within five years. “That number has gone up 98% in just two years. We’re feeling the baby boomers leaving the profession.”

Further evidence comes from a Learning Policy Institutesurvey of 211 California school districts, which found that 75 percent of responders reported a shortage of qualified teachers for the 2016-17 school year. Moreover, 80 percent expressed feeling this shortage had gotten worse since 2014, particularly for subjects such as special education, math, science and bilingual teachers. And of course, the hardest hit are the lowest income students. 83% of districts serving the largest concentrations of low-income students reported shortages, compared to 55% of districts with the fewest. “Schools most affected are high populations of high poverty kids and minorities,” Lucia says.

The new bill, should it pass, would roughly equal a 3.4 percent annual salary increase for newer teachers. To lay this out, EdVoice projects that a teacher earning approximately $44,746, would be able to write off up to $1,265 per year, as well as writing off the costs of continuing education or a master’s degree training required by most school districts within the first five years of a teacher’s employment. Career teachers—anyone who has been in the field over six years—would receive closer to the equivalent of a 4 to 6 percent salary increase, closer to $2483 annually.

The annual cost to the state would be approximately $617.5 million. However, $9 million of that would help offset the cost of additional teacher training required by the state, and $608.5 million would provide the tax exemption for classroom teaching income.

For Teagen Leonhart, a California high school teacher in the San Rafael City School District, this money would make a significant difference. Specifically, it would allow her to pay off the student loans she took out to become a teacher 13 years ago. “Only recently have I made enough money to even touch the principal of more than $80,000,” she tells Second Nexus. “I live in the most expensive area in the country where the cost of living is astronomical, and have one of the lowest paying, highly skilled jobs working for the state to better the state.”

She laments that if a bill like this had already been in place when she began teaching, she would not have had to waitress her first few years in addition to teaching, and her student loan debt would be more than half paid off by now. “No one should have to work that hard,” she says.

Her teacher’s union is currently negotiating for a 9 percent raise over three years. “The district responded by offering one percent, and this year only. It is such an insult,” she says. Especially given that her district has not given teachers their cost of living allowance in several years due to budget cuts. “The answer for budget cuts is always: you work harder.” For her, this means 160 students this school year alone. “It’s such a lofty load of crap to spew rhetoric about academic excellence and equitable access while simultaneously creating conditions that predicate a lack of success in so many areas.”

Not everyone is sure this bill will make enough of a difference, however. “While any financial break is likely to have some positive effect, this strikes me as almost ‘too little, too late,’” says Jon M. Engelhardt, Ph.D., retired Dean of Education atBaylor University in Texas. He worries that the more than half billion dollars it will take out of state coffers may not make that extra income truly cost effective for the state. In fact, he’s not convinced that salary is the reason teachers are leaving. “The kicker is that the number one factor leading to teacher burnout/leaving the profession is working conditions, of which salary is simply one of a constellation of items.” He says there are plenty of examples where a teacher “will take a pay cut or pass up an advancement to continue working with the right principal or set of colleagues or kids.”

While Lucia agrees that financial incentive is not the only motivation for teachers, he feels the bill sends a “loud and clear message that the teaching profession is so critical. We need to think about holding them up and elevating their contribution. [Teachers] don’t just look at children as an assembly line, they invest their lives in those kids,” he says.

The California Teacher’s Association has yet to take a formal position for or against the bill. Their media spokesperson, Mike Myslinksi did tell Second Nexus, “We have some concerns with the bill. We’re working with the authors to address some of these concerns.” The CTA has had a “historical opposition” to using tax credits in this context. However, he acknowledges, “The teacher shortage is real, and efforts to recruit and retain more teachers in our school districts are needed.”

Lucia feels that there is no alternative to passing this bill. “What we know is if we do nothing, this shortage is getting worse and that it disproportionately affects children in poverty worse.” He points out that schools also spend upwards of $123 million every year in hiring, training, and retaining teachers. “If you instead improve education outcomes, immediately you save money because you’re not having this churn of turnover. If you could just hold onto those teachers, you could increase programs to continue to help schools,” he adds.

Leonhart, who has now stayed more than twice the average length of a new teacher agrees that something must be done. “The country is going to have a major shortage on its hands if we don't reevaluate how we treat and value educators. Because of this, I'd actually say it's easier to enter since so many are needed, but much harder to stay.”

The bill, currently under revision, is slated to make it to the governance and finance committee in the California Senate on April 26, 2017, which Lucia calls a “bellwether vote” for how it will perform on the senate floor. He remains optimistic. “it’s encouraging that people are aware of it, thinking about it and monitoring the progress. All of those are reasons to be optimistic it isn’t being rejected out of hand.”