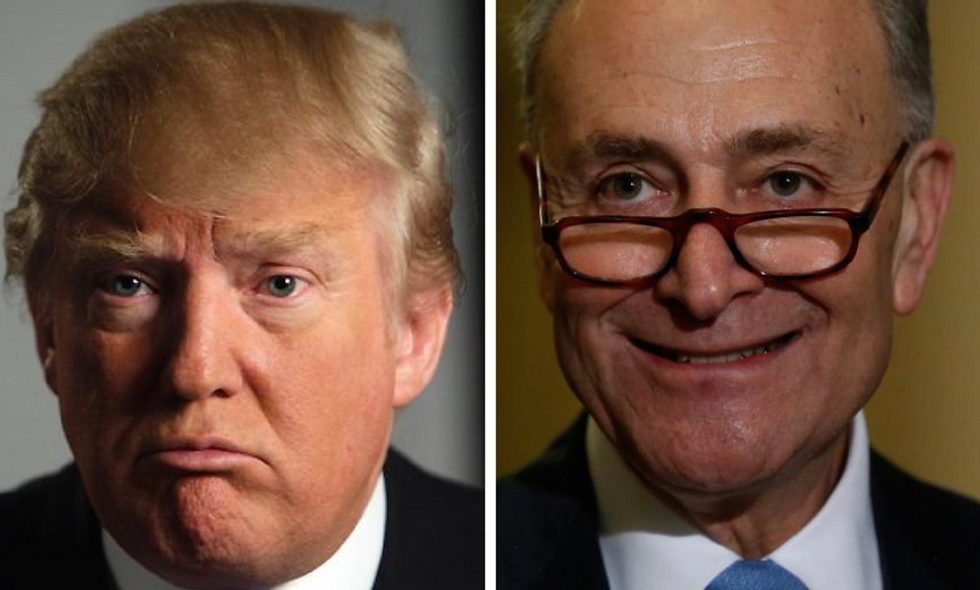 After passing a one-week stopgap funding bill on Friday, Congress has reached a bipartisan agreement to fund the government through September.

This $1.07 trillion deal, if passed through Congress, would serve as a rebuke to the dealmaker-in-chief, who has been vocal in his policy priorities even as his party negotiates away the very funding that might make them a reality.

While the deal does increase funding for the Pentagon and for border security by billions of dollars, it does not address several of Trump’s key initiatives:

In addition, the budget agreement increases funding for the National Institute of Health by $2 billion, which is in stark contrast to President Trump's own budget blueprint he released in March, which would have cut the NIH by $6 billion.

Other Democratic priorities, such as funding for clean energy programs, infrastructure grants, $295 for Puerto Rico Medicaid, Pell grants, and a permanent fix for miners' health insurance were also included.

Congress is expected to vote on this bill later this week. A new funding bill must pass before 11:59pm on Friday, May 5, to avoid a government shutdown.