Democratic Senator Savagely Trolls His Republican Colleagues After Robert Mueller's Letter to William Barr Comes to Light, and We're So Here For It 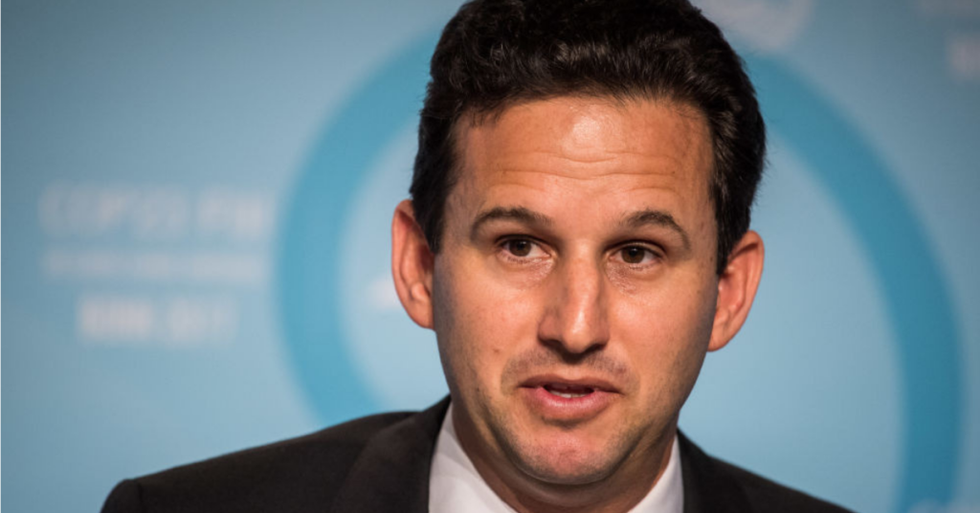 Attorney General William Barr is testifying before the Senate Judiciary Committee this morning to discuss Special Counsel Robert Mueller's report about Russian interference, less than 24 hours after it emerged that Mueller had pushed Barr twice to release more of his report's investigative findings, saying Barr's initial summary "did not fully capture the context, nature, and substance of this Office’s work and conclusions."

The news sparked outrage among Democrats who've accused Barr of misrepresenting the probe's findings since March 24, when Barr released his summary. And according to Senator Brian Schatz (D-HI), although "several senior Republicans" in Congress are "finally fed up" with the controversies surrounding President Donald Trump, his attempts to obstruct the investigation, and what critics say amount to a coverup of the special counsel's findings, we shouldn't expect them to do anything but sit back.

I’m hearing that several senior republicans in Congress are finally fed up and they are quietly planning to do nothing.
— Brian Schatz (@Brian Schatz) 1556667848.0

As others sarcastically noted, concerns from the Republican leadership have rarely moved beyond just concerns.

Many prominent Republicans have dug in their heels since Barr released his summary of the Mueller report, and Barr has been ordered to provide Congress with an unredacted copy.

Earlier this week, Senator Lindsay Graham (R-S.C.), who chairs the Senate Judiciary Committee, said during an appearance on CBS’s “Face the Nation” that he doesn’t care if President Trump told former White House counsel Don McGahn to fire the special counsel, insisting he did not obstruct the investigation.

“I don’t care what they talked about. He didn’t do anything. The point is the president did not impede Mueller from doing his investigation,” Graham said. “I don’t care what happened between him and Don McGahn. Here’s what I care about: Was Mueller allowed to do his job? And the answer is yes.”

But now that Mueller's letter is public, Senator Dianne Feinstein (D-CA) the House Judiciary Committee's highest-ranking Democrat, says she intends to inquire about the disconnect between Barr's summary and Mueller's findings.

“Contrary to the declarations of the total and complete exoneration,” Feinstein said, “the special counsel’s report contained substantial evidence of misconduct.”

Barr told the committee that Mueller was unhappy with the media coverage surrounding his report, saying that he and Mueller spoke by phone after Mueller submitted his letter. Barr says Mueller was “very clear with me that he was not suggesting that we had misrepresented his report.” These statements will likely increase public pressure for Democrats to call Mueller in to testify.