Host of 'Fox and Friends' Just Went Off on the Trump Russia Investigation, Claiming 'This Is Not Benghazi or Whitewater!' and People Can Not 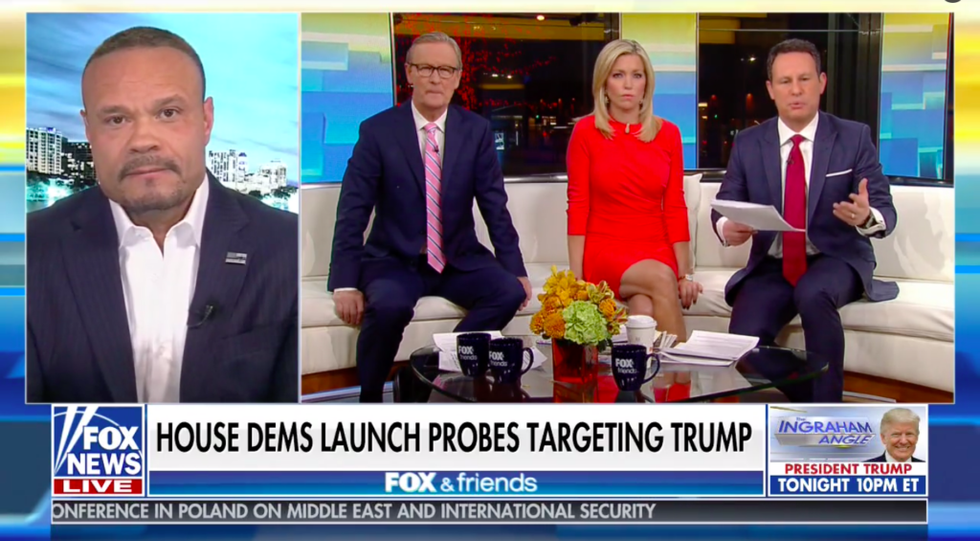 “Since when?” Kilmeade asked of Schiff's intent to look into Trump's business career to find possible Russian influence on his decisions as President. He continued:

“This is not Benghazi or Whitewater. Those are incidents that they wanted to investigate. They’re having just a wide swath look at a 50-year business career. How is that acceptable?”

"Well, it’s acceptable to Adam Schiff because he is the sleaziest member of Congress. He’s a discredited, third-rate conspiracy theorist who has absolutely zero credibility, and the difference between the investigations under President Obama is Benghazi had evidence. There were four body bags. The IRS actually admitted to targeting citizens. The targeting of [former Fox News correspondent] James Rosen and others actually happened, we have the legal documents. Adam Schiff is inventing crimes. He has no evidence of collusion.”

The Russia probe, despite regular attacks against its legitimacy, has secured 37 indictments or guilty pleas that we presently know of. That's a marked difference from the Benghazi and Whitewater controversies, neither of which ended with indictments against Bill or Hillary Clinton.

Many seemed in agreement that the Russia investigation has stark differences from Whitewater and Benghazi.

@thedailybeast For once, @foxandfriends is actually right about something. The Russia probe isn’t like Benghazi in… https://t.co/zIxnznz29M
— Zack Hunt (@Zack Hunt) 1549904472.0

@thedailybeast They're just repeating what Democrats have said, except they failed to pick up the sarcastic tone. T… https://t.co/UogtAY9FOs
— Jamie Lawson (@Jamie Lawson) 1549904413.0

Kilmeade and the Friends crew also attacked Schiff last week, suggesting that the president should "run a private investigation" into the personal lives of Congressional Democrats.

Schiff had announced his committee would expand its probe into Trump and potential foreign influence.

Shortly afterward, the president attacked him on Twitter, referring to him as a "political hack" and accusing him of "presidential harassment."

So now Congressman Adam Schiff announces, after having found zero Russian Collusion, that he is going to be looking… https://t.co/xwGh0o6S4X
— Donald J. Trump (@Donald J. Trump) 1549538014.0

Schiff did not appear bothered by the president's outbursts when speaking to NBC News.

“I can understand why the idea of oversight terrifies him,” he said. “We need to do our job, he needs to do his. And a big part of our job is making sure we root out any corruption or malfeasance.”