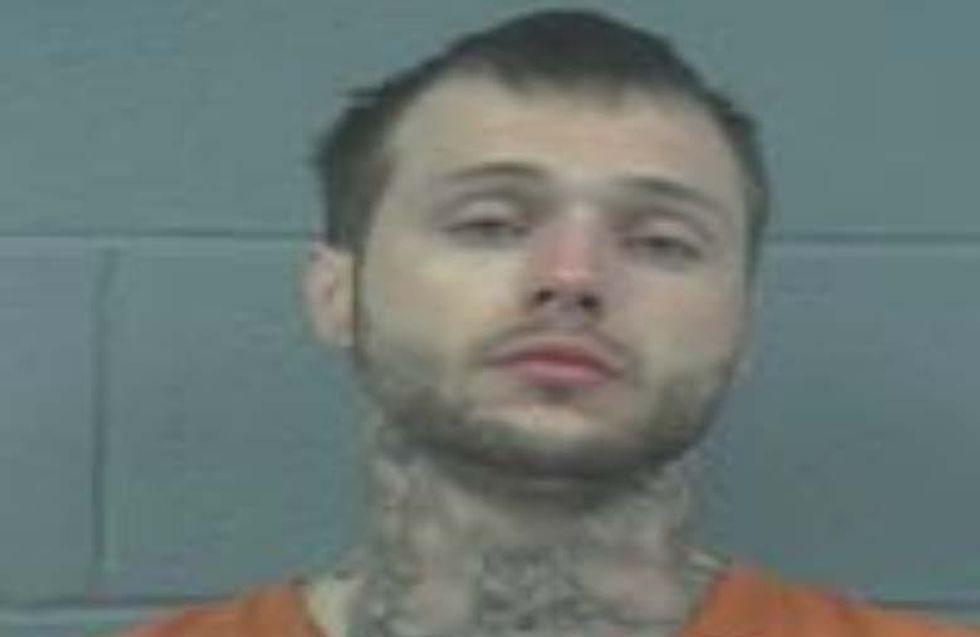 Brenton Hager led Oklahoma police on a high-speed chase and used Facebook Live to promote his pursuit. Watch the video above. In the video, Hager goes live and says, "Hey, I'm on a high-speed chase, bro." According to Oklahoma ABC 5 News, Hager was being chased for stealing a vehicle. Rap Sheets adds that Hager has been charged with vehicular crimes before, like automobile theft.

Inside Prison writes about him, "Brenton J Hager is a 25-year-old who was listed as being under the supervision of the department of corrections in Lawton Correctional Facility, Lawton, Oklahoma. He was sentenced/adjudicated in Oklahoma County. He was listed on the state department of corrections website below in relation to the criminal offense, Unauthorized Use Of Motor Vehicle on Tuesday, September 23, 2014."

The chase went on for an hour through southwest Oklahoma City and Moore. Hager has since been caught by police and was tasered. During the chase, Hagger stopped and attempted to remove a box from the back of the stolen vehicle. At that point, another, presumably civilian driver drove up to him and shout out the tires of his truck.

During the chase, his Facebook friends also commented on his wall, either giving him words of encouragement in his illegal activities or calling him out for such idiocy.

Hager's Facebook says he is currently employed as "journeyman" at Brand Energy & Infrastructure Services. He also has a Models Mayhem page. On his profile there, he writes, "I rarely do any modeling or photoshoots. I just made this because someone said I ought to. I have no professional experience. I'm far from high maintenance as well lol. Im open minded and enjoy life experiences."

A video of him from 2011 on YouTube is also available, showing him drunk and partying with friends: