Do not mess with these kids. 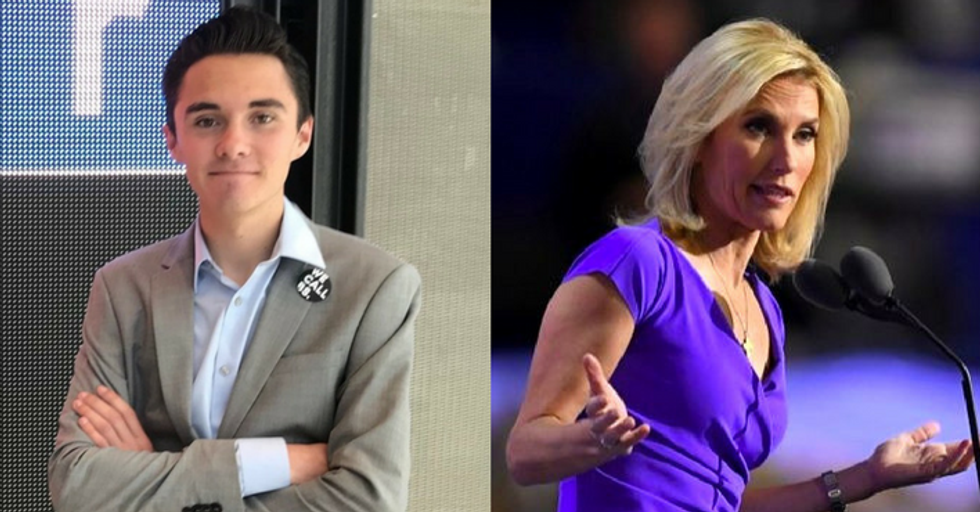 She hosts the nationally syndicated radio show, The Laura Ingraham Show, is the editor-in-chief of LifeZette and a long time Fox News contributor.

Applying to colleges and awaiting the results is probably the most normal part of the Parkland school shooting survivor's life right now. High school seniors around the country are currently engaged in the same process.

Being taunted online by a 54 year old woman regarding which schools rejected your applications is not a normal part of that process however.

That evening David Hogg decided to address Ingraham's Tweet and suggested a boycott of her advertisers thorough the hashtag #BoycottIngrahamAdverts.

After getting the information he requested, 17 year old Hogg asked people to contact Laura Ingraham advertisers, those who keep her voice on air.

Later Thursday, both TripAdvisor and Wayfair indicated in statements to CNBC that they intend to end their relationship with Laura Ingraham as well.

A TripAdvisor spokesman stated the company does not "condone the inappropriate comments made by this broadcaster."

In our view, these statements focused on a high school student, cross the line of decency. As such, we have made a decision to stop advertising on that program."

Jane Carpenter, Wayfair's head of public relations, told CNBC, "As a company, we support open dialogue and debate on issues."

However, the decision of an adult to personally criticize a high school student who has lost his classmates in an unspeakable tragedy is not consistent with our values. We do not plan to continue advertising on this particular program."

Of the original 12 Ingraham sponsors cited Wednesday, 5 had not yet officially responded to the boycott: AT&T Allstate/esurance, Rocket Mortgage, Sleep Number and Arby's.

Prior requests for advertiser boycotts against Fox News personalities met with some success, especially in the case of Bill O'Reilly who lost at least 44 advertisers after a call to boycott.

Official responses from the remaining 9 companies identified as Ingraham advertisers have not appeared on social media yet or in statements to the media. But appeals for them to respond on the issue or drop Ingraham continue to mount, as does media coverage.

Beyond the boycott, Ingraham's behavior raised issues about her character.

The spotlight Ingraham placed on herself with her Tweet also brought to light some issues from her own life.

Small reminder that when she was a college student Laura Ingraham sent a student reporter under cover to out people… https://t.co/Go1NcpKcD5
— Jessica Huseman (@Jessica Huseman) 1522283905.0