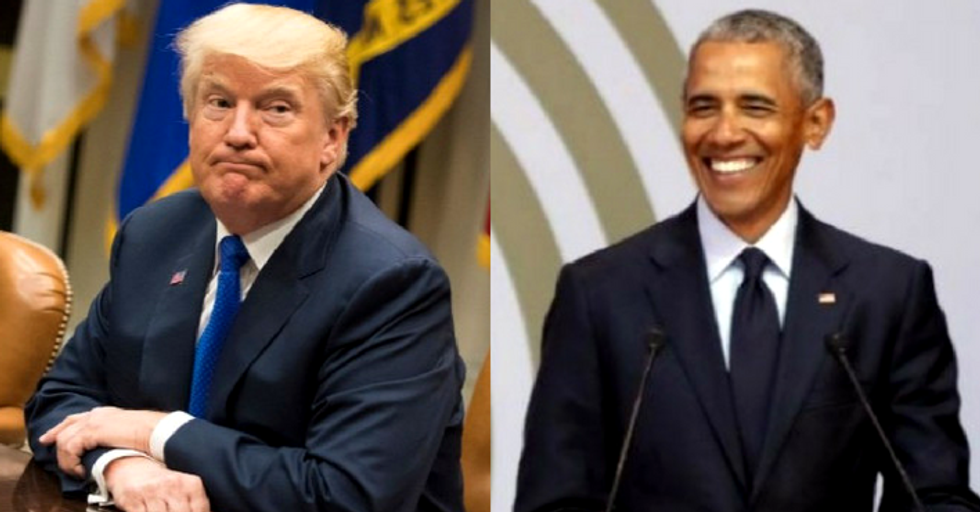 The 45th President of the United States, Donald Trump, makes no bones about the fact he is not much of a reader. But he used to keep a copy of Hitler speeches—titled My New Order or Meine Neue Ordnung detailing Hitler's use of propaganda—by his bedside according to first wife Ivana Trump. Trump later confirmed he owned the book in an interview, but misidentified it as Hitler's Mein Kampf.

When asked about the last book he read, Trump stated:

"I read passages, I read areas, chapters, I don’t have the time."

His Art of the Deal ghostwriter Tony Schwartz stated:

"I seriously doubt that Trump has ever read a book straight through in his adult life."

Both Schwartz and the bestselling book's publisher stated Trump contributed nothing to Art of the Deal. Schwartz claimed he read the book aloud to Trump to get his approval on it after giving the draft text to Trump for proofreading achieved no results.

Reports out of the White House state formerly written briefings and reports poured over by the former administrations of both Bushes and Clinton and Obama now take the form of brief oral recitations because the 45th President refused to read anything longer than a page or a few paragraphs.

This is in stark contrast to his immediate predecessor, 44th President Barack Obama, who recently shared his summer reading list on Facebook.

CNN sought to compare the literary tastes of the two leaders so they took to Twitter to see what books Trump recommended to his followers and shared them side by side.

And well, it is quite a study in contrasts.

The Twitter reactions to the two lists are as expected based on both men's reputations for reading and intellectualism as the following tweets show.

Some Twitter users expressed surprise that Trump recommended any books at all.

While others made suggestions of their own for the Trump reading list.

Still others drew attention to the contrasts.