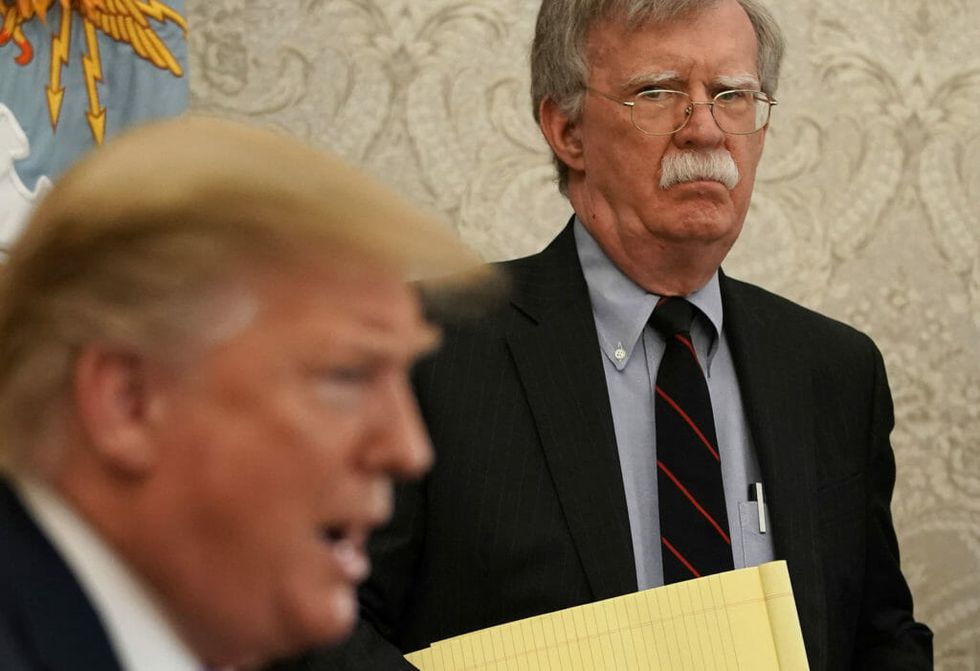 Some separations—whether personal or professional—go smoothly. But some people seem to have more bad breakups than good.

The Trump administration recently had another less than amicable split with a member of staff. John Bolton—tapped by Trump to serve as National Security Adviser—tendered his resignation then was promptly fired on Twitter.

A record number of top officials have resigned, been fired or simply dropped out of the Trump administration while some positions have yet to be officially filled since the President took office.

Now—as with many other of the experienced members of the Trump administration forced out—Bolton paints a picture of a President way over his head when it comes to foreign policy and national security. At a private luncheon Wednesday, Bolton let those in attendance know how he really felt about a President with no foreign policy, national security, government or military experience.

Conservative think tank Gatestone Institute invited Bolton to speak. Attendees said the former National Security Adviser never named Trump, but that it was obvious who he referred to in his criticisms of a man outmaneuvered over and over again on the international stage.

One major bone of contention was the President's bragged about Camp David invitation to the Taliban during the week of September 11. Bolton characterized the move as a "terrible signal” to the world and “disrespectful" to victims and others impacted by the terrorist attacks on 9/11/2001.

Bolton also claimed any talks with Iran or North Korea were doomed to failure as their only interest lay in relief from sanctions—something Trump failed to understand.

People warned Bolton of what would come of crossing Trump...

"He’s worked with me for quite a while now on hostages. And we’ve got a tremendous track record with respect to hostages."

And after hearing of Bolton's criticism, Trump was quick to throw another former staffer under the bus.