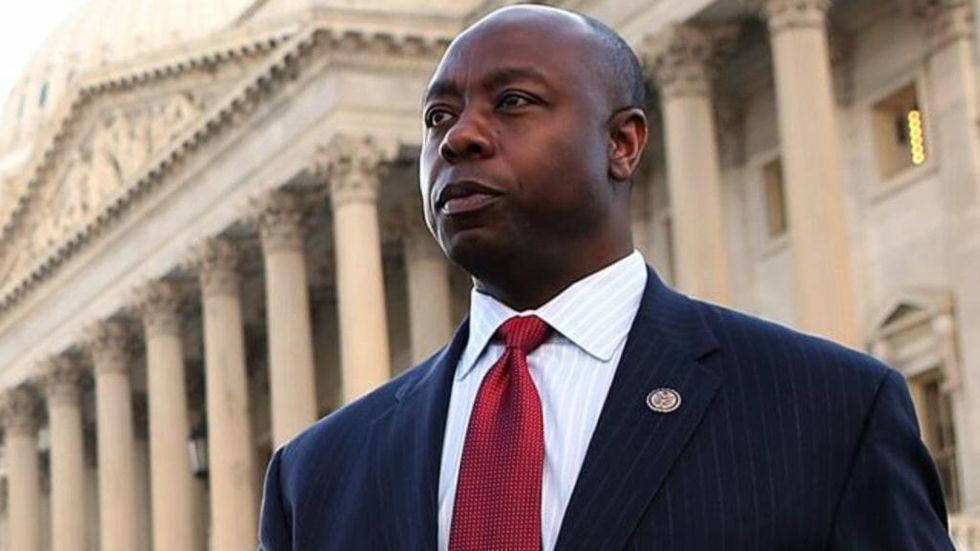 On Wednesday, South Carolina Sen. Tim Scott––the only black senator at the Republican conference and one of just two in the upper chamber––delivered a personal speech on the Senate floor addressing the “deep divide” between communities and law enforcement. In the course of one year as an elected official, Scott asserted, he has been pulled over by law enforcement no less than seven times. "Was I speeding sometimes? Sure,” he admitted. “But the vast majority of the time I was pulled over for driving a new car in the wrong neighborhood or something else just as trivial." Scott’s address is the second of three in response to a lone gunman shooting and killing five officers in Dallas last week.

Scott’s experiences underscored a need to acknowledge the “trust gap” between the black community and police: “[Because] while so many officers do good ― and we should be very thankful in support of all those officers that do good ― some simply do not. I’ve experienced it myself,” he said. He then described several encounters with police officers, including one where he was stopped because the officer suspected his car had been stolen. Scott’s brother, a major with the U.S. Army, experienced a similar incident. He then told the story of one of his staffers, who was "pulled over so many times here in D.C. for absolutely no reason other than driving a nice car." The staffer eventually traded in his Chrysler for a “more obscure form of transportation” to avoid being targeted.

Scott’s professional status has not spared him from the humiliation of racial profiling. He recalled the time a Capitol police officer demanded Scott show identification. “It’s easy to identify a U.S. senator by our pin,” Scott said. “I recall walking into an office building just last year after being here for five years on the Capitol, and the officer looked at me, with a little attitude, and said: ‘The pin, I know. You, I don’t. Show me your ID.’ I’ll tell you, I was thinking to myself, ‘Either he thinks I’m committing a crime, impersonating a member of Congress’― or, or what? Well, I’ll tell you that later that evening I received a phone call from his supervisor apologizing for the behavior. Mr. President, that is at least the third phone call that I’ve received from a supervisor or the chief of police since I’ve been in the Senate.”

Scott implored his colleagues in the Senate to “imagine the frustration, the irritation, the sense of a loss of dignity that accompanies each of those stops." He ended his speech with a

plea to his fellow senators to “recognize that just because you do not feel the pain, the anguish of another, does not mean it does not exist." Scott pledged to offer solutions “on how we get to where we need to go” and plans to speak further on the issue today.

Sen. Barbara Boxer (D-California) praised Scott for his honesty. “We don’t have enough diversity here,” Boxer said. “Let me just be clear: As much as all of us want to walk in each other’s shoes, because each of us has different experiences in our lives, it really matters who’s in the room, who’s at the microphone and who’s sharing the truth. And you have shared a truth with us today.”

The deeply personal speech comes after two highly publicized incidents in which black men were killed by police officers, both of which were captured live on video. Last Tuesday, Alton Sterling, of Baton Rouge, Louisiana, was shot and killed during an altercation with two police officers. The officers responded to an anonymous tip about a man threatening people with a gun outside a convenience store. Video footage from eyewitnesses shows police ordering Sterling to get on the ground before tackling him and pinning him down. Sterling was shot several times and killed. Witnesses later confirmed that Sterling did have a gun in his pocket, but that he never showed anyone the weapon.

The following day, Philando Castile was shot and killed by an officer during a traffic stop in Falcon Heights, Minnesota while his fiancée and 4-year old daughter sat in the car. The shooting made headlines after Castille’s fiancée, Diamond Reynolds, livestreamed the bloody aftermath on Facebook. According to Reynolds, Castille told the officer he had a firearm he was licensed to carry. The officer shot him as he reached into his pocket for his wallet and identification.

The issues are certain to shift the conversation during an already heated presidential election which has highlighted gun violence and inequity within the criminal justice reform as crucial issues.