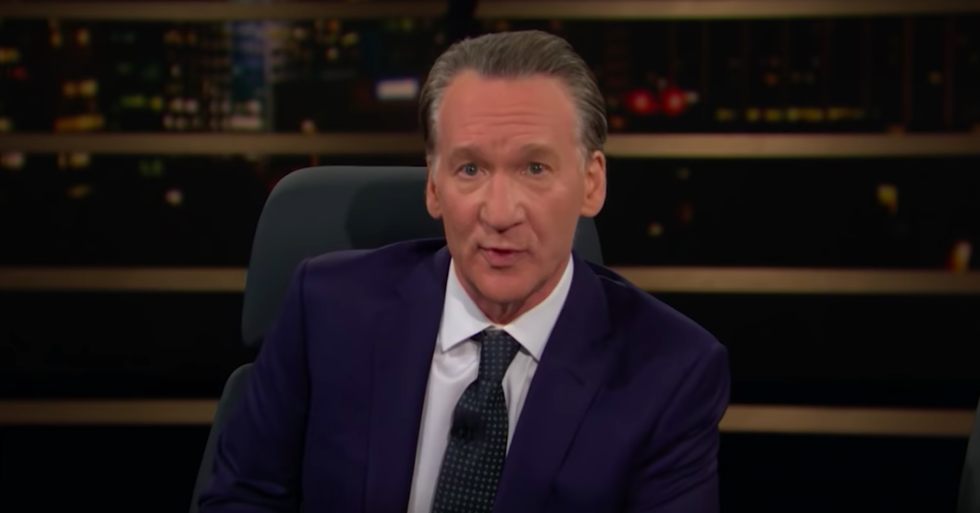 Bill Maher is not buying the argument that both sides of the American political aisle are to blame for the trillion dollar deficit and the discord rampant within the country.

The Real Time with Bill Maher host, known for lampooning Democrats and Republicans, explained in an impassioned diatribe that Republicans share the vast majority of blame for the state of the United States. Maher cited Norm Ornstein and Thomas Mann, nonpartisan congressional analysts for the past 50 years, who wrote a 2012 article blaming Republican lawmakers for the lack of legislation in congress and the lack of unity in the United States.

Maher lampooned the tactics Republicans have continued to use in the years since the article was published, including denying a sitting President a Supreme Court selection, the majority of the party still believing that Obama wasn't born in America, and the 8,000+ lies told by the current Republican President of the United States.

"So when you say they're both equally bad, just know that doesn't make you a sage. It's a stupid person's idea of a smart thing to say...It is the central fraudulent idea that allowed an outsider like Trump to get elected. It's one step up from 'I don't vote.'"

Many on Twitter agreed, especially with the idea presented in the diagram.

Yet, with 51% of Republicans still buying birtherism, it will likely be a while before Americans no longer tolerate their tactics.