As medical cannabis becomes a viable, legal option for more people, prescription painkillers and other pharmaceuticals stand to lose customers 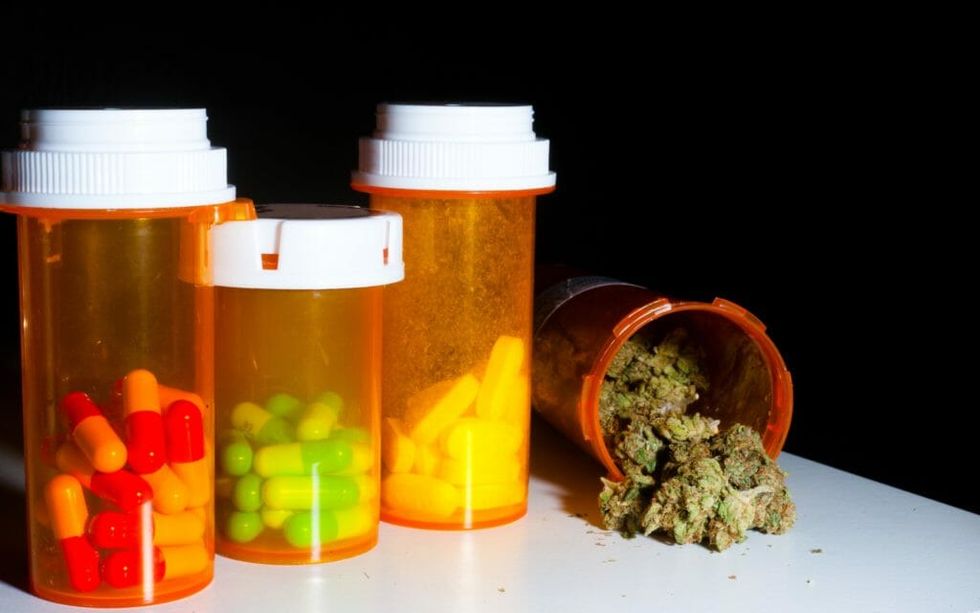 In states where medical cannabis is legal, patients are turning to weed for relief from a variety of ailments, including chronic pain, PTSD, anxiety, sleep disorders, epilepsy and side effects of chemotherapy. They say the treatment is effective, has few side effects, and is less addictive than traditional pharmaceutical prescriptions, making it a powerful tool in the fight against prescription drug abuse and opioid addiction.

However, the migration from Big Pharm to weed farms is costing the prescription drug industry millions of dollars. A new study by New Frontier Data, a provider of data and analytics to cannabis businesses, suggests that as legalization takes hold in an increasing number of states, the pharmaceutical industry could lose as much as $4 billion a year in lost revenue.

An Escape Route from Opioids

The New Frontier study analyzed a 2016 report by the University of Georgia that showed a decrease in Medicare prescriptions in states with legalized medical marijuana. These findings have helped support a national conversation about how legal marijuana could help ease the nation’s escalating opioid addiction epidemic. While Attorney General Jeff Sessions has called marijuana “only slightly less awful than heroin,” some states are looking at the legal drug as a tool to help opioid addicts manage withdrawal symptoms, calm cravings, ease pain and ultimately kick their dangerous habit. Legal medical marijuana also gives doctors a safer alternative to the dangerous painkillers that can lead to opioid addiction.

A 2014 study published in JAMA Internal Medicine, which examined data between 1999 and 2010, found that states with medical marijuana laws had a 25 percent fewer fatal opioid overdoses compared to states without such laws.

A 2017 National Academy of Sciences report dispelled the theory that using marijuana can lead to opioid addiction and instead found evidence that cannabis has therapeutic and health benefits.

“Any opportunity for alternatives that could result in reduced pharmaceutical drug use might present a compelling point of discussion from a public policy standpoint,” said John Kagia, executive vice president of industry analytics for New Frontier.

In addition to its health-related benefits, legal cannabis has the potential to save taxpayers significant dollars. The New Frontier study looked at Medicare costs between 2010 and 2013, and found that in states that offered legal medical marijuana, prescription savings dropped by $165.2 million a year by 2013. If medical marijuana were legalized on a national level, taxpayers could save $1.1 billion a year on Medicare prescriptions.

More than half of the U.S. states now offer legal cannabis, making it a viable medical option for millions of Americans. However, the drug industry is fighting back.

Purdue Pharma and Abbott Laboratories, makers of the painkiller OxyContin and Vicodin, are among the largest contributors to the Anti-Drug Coalition of America, according to a report in the Nation.

A drug company called Insys spent $500,000 on an anti-legalization campaign in Arizona, a strategy that many considered a move to squash competition — and the company just received approval from the Federal Drug Administration to develop a synthetic cannabis product, despite questions about synthetic marijuana’s safety. The company also happens to manufacturers Subsys, a prescription painkiller derived from fentanyl, a drug at the heart of the opioid epidemic.

“We’ve definitely seen a more active opposition from the pharma industry,” said Amanda Reiman, manager of marijuana law and policy at the Drug Policy Alliance, an advocacy group that promotes drug reform. “Research conducted by myself and others shows that medical cannabis patients are substituting cannabis for pharmaceuticals at a very high rate, and for alcohol at a pretty high rate as well.”

Other drug companies are looking for ways to integrate cannabis’s active components, THC and CBD, into pharmaceuticals. AXIM Biotechnologies is testing MedChew Rx, a cannabis-based chewing gum with 5 mg of CBD and 5 mg of THC, to treat both pain and spasticity associated with multiple sclerosis. GrowBlox Life Sciences LLCare developing a cannabis-based drug that could prevent and treat cardiovascular disease.

New developments in North American drug laws could make cannabis-based drugs pay off big for drug companies: Canada, which legalized medical marijuana in 2001, is poised to legalize recreational marijuana this year, and in April 2017, Mexico passed a bill legalizing medical cannabis. With two-thirds of the continent now open to cannabis products, opportunity exists for pharmaceutical companies to develop new cannabis-based medications. The U.S., however, is locked out of this industry by its inconsistent drug laws and a White House that has sent mixed messages on medical marijuana.

The inconsistencies between federal and state legislation make it difficult for companies to get permissions needed to conduct research, and make it risky for investors to back new products without secure legal ground for patenting cannabis-based medicines. Companies that want to develop medical cannabis products must also consider the threat of criminal prosecution.

Drug Enforcement Administration acting head Chuck Rosenberg said in a speech in May that “marijuana is not medicine,” and the agency’s policies continue to support that concept — despite mounting evidence from the scientific and medical community that for many people, it is just that.