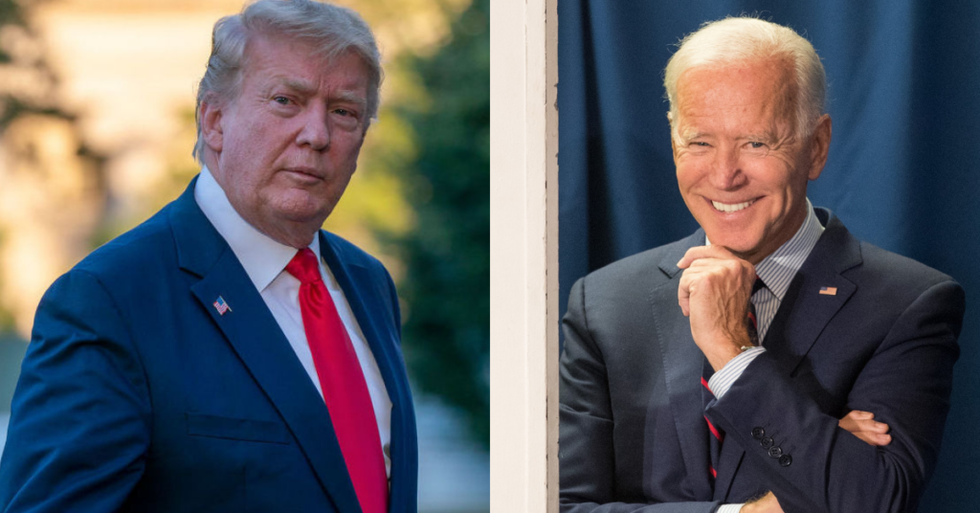 Presidents, Vice Presidents and all members of the federal government—whether elected or hired—take an oath of office before beginning the job. The presidential oath states:

Former Vice President Joe Biden said Wednesday that President Donald Trump betrayed that oath and must be impeached. Biden had previously not stated a call for impeachment.

"Donald Trump has violated his oath of office, betrayed this nation and committed impeachable acts. He should be impeached."

As Biden made his call for impeachment, the current resident of 1600 Pennsylvania Avenue was watching. President Trump made his displeasure known on Twitter.

"So pathetic to see Sleepy Joe Biden, who with his son, Hunter, and to the detriment of the American Taxpayer, has ripped off at least two countries for millions of dollars, calling for my impeachment - and I did nothing wrong. Joe’s Failing Campaign gave him no other choice!"

But Biden was far from asleep at the keyboard and quickly quipped back.

"Thanks for watching. Stop stonewalling the Congress. Honor your oath. Respect the Constitution."

"And speaking of taxpayers, I’ve released 21 years of my tax returns. You?"

Thanks for watching. Stop stonewalling the Congress. Honor your oath. Respect the Constitution. And speaking of ta… https://t.co/83oQuWBe2r
— Joe Biden (@Joe Biden) 1570645100.0

People did not pull punches in their responses to the President.

@realDonaldTrump you should definitely whine more about this. whining is so dignified and sexy, especially when it'… https://t.co/t0KHVlKl53
— Jeff Tiedrich (@Jeff Tiedrich) 1570643921.0

And while President Trump was talking about Biden's son, people thought Trump might be in need of a little self-reflection.

@realDonaldTrump Not to mention Ivanka Trump and Jared Kushner, who despite never being elected by the American peo… https://t.co/fRiPWa7ASi
— Eugene Gu, MD (@Eugene Gu, MD) 1570644675.0

@realDonaldTrump If Hunter Biden ripped off the Ukrainian government because they wanted to pay top dollar for a fo… https://t.co/6uroiTgrBF
— Eugene Gu, MD (@Eugene Gu, MD) 1570645206.0

@realDonaldTrump #IvankaTrump made knock off shoes and clothes but now works in the White House with zero experienc… https://t.co/PkJjiPKj6y
— Jules Morgan (@Jules Morgan) 1570645402.0

Others felt maybe the POTUS should manage his time a little more wisely.

Like keeping tabs on Turkey after handing off Syria.

@realDonaldTrump This is how Donald Trump is spending his day as Kurds are being attacked. He’s calling Joe Biden… https://t.co/uFR3SyhEX3
— Merrill⭐️ (@Merrill⭐️) 1570643964.0

President Trump's actions in regards to Syria, Turkey and the Kurds put him in the rare position of receiving criticism from people like Pat Robertson, Senator Lindsey Graham and Representative Liz Cheney.

The background of the conflicts that face Syria can be examined with Syria: A Modern History,  available here.

As of Wednesday, October 9, the 2020 presidential election is 390 days away. Who squares off on the ballot remains to be seen.