Betsy DeVos Claimed to 'Love Special Olympics' After Cutting It From Trump's Budget, and AOC Just Called Her Out 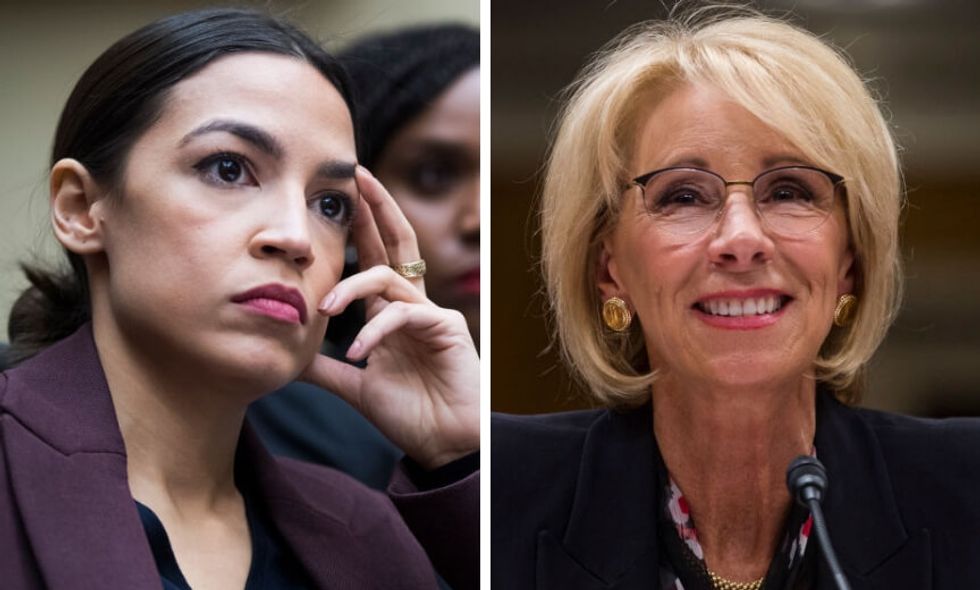 Education Secretary Betsy DeVos shocked the nation when she attempted to defend proposed budget cuts that would strip the Special Olympics of federal funding as well as slashing funding for special education programs.

Though GOP lawmakers have assured they will not cut the funding, it didn't stop DeVos from defending the decision, by claiming to value special education and the Special Olympics.

After criticism from Democrats on a Senate Appropriations subcommittee on education, DeVos said:

But for Congresswoman Alexandria Ocasio-Cortez, the assurance was hollow. Not only did Ocasio-Cortez call DeVos out for her Special Olympics proposal, but also for past decisions, like making it harder for sexual assault victims on college campuses to get justice and cutting student loan forgiveness.

Others felt the same.

Many pointed out other places cuts could have been made, highlighting just how reckless the spending of Trump's administration is, as well as the wealth of its officials.

Betsy DeVos owns a $40 million yacht. She could sell it and fund the Special Olympics and she wouldn’t even be out of yachts.
— Jennifer Wright (@Jennifer Wright) 1553740396.0

They say they are saving 18 million dollars by cutting funding money for special Olympics. Just look how much we co… https://t.co/tm5ahxn9K8
— tm soderberg (@tm soderberg) 1553778125.0

The cuts are unlikely to be enacted, but we should be questioning why they were proposed in the first place.