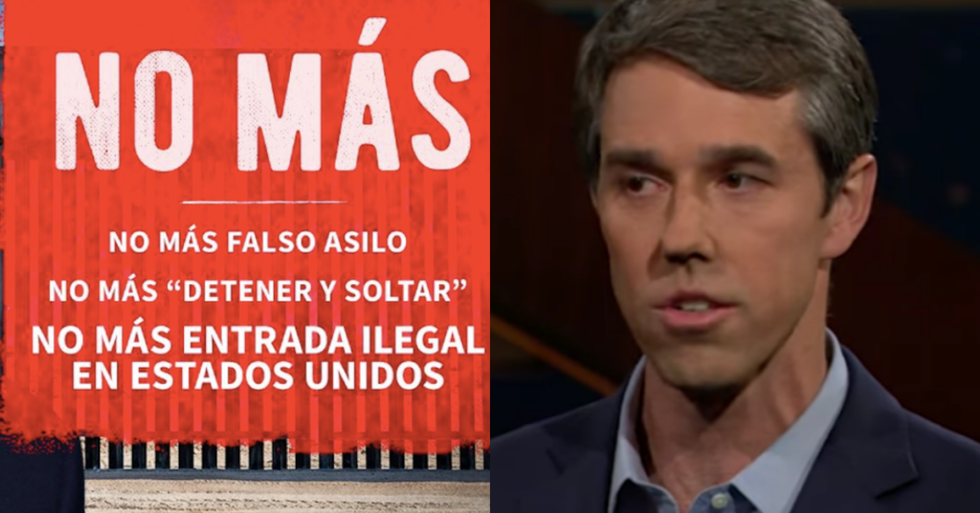 On September 16, President Donald Trump made an appeal to Hispanic voters during his New Mexico MAGA or KAG rally. Trump lost New Mexico in 2016—and several other states—over his inability to sell his White nationalist rhetoric to non-White voters.

Trying to build on what he may have perceived as a successful attempt to woo Hispanic voters to the Trump camp during his rally, two days later the President used his Twitter account to repeat some of his rally rhetoric with a meme post.

The meme roughly translates to:

"No More: no more false asylum, no more 'stop and release,' no more illegal entry into the United States"

While Trump lost the popular vote but managed to get the electoral votes needed to turn his almost 3 million vote loss into a win, lightning is unlikely to strike twice. The President will need some of the voters his racist appeals to his base turned off.

To that end, Trump officially announced his reelection campaign in Florida and Vice President Mike Pence kicked off the Hispanics for Trump mobilization in Miami shortly after. During the New Mexico rally, Trump mocked the ethnicity of a supporter saying he looked too White to be Hispanic then othered those in the crowd with multiple comments about "the Hispanics."

So it was no mistake that Trump's Spanish language meme featured his face and message in front of a section of the upgraded bollard fencing project Trump began referring to as his new wall. The fencing upgrades and improvements began during the administration of George W. Bush and continued during the presidency of Barack Obama.

However someone who actually speaks Spanish, former Texas Democratic Representative and current presidential candidate Beto O'Rourke, thought there might be more pressing concerns—especially after a White nationalist terrorist attack that targeted Hispanics and the deaths of 6 migrant children in United States federal custody after over a decade of zero child deaths.

"No more children in cages."

"No more of this rhetoric that incites attacks on immigrants."

O'Rourke was not alone in his condemnation of the Trump meme.

@JRehling @realDonaldTrump Not to mention the Russians have a business which they advertise for the past 3-4 decade… https://t.co/917mcIAq5T
— Nancy Hernandez (@Nancy Hernandez) 1568850915.0

@realDonaldTrump Are you going to do one in Slovenian for Melania?
— Tommy Campbell (@Tommy Campbell) 1568842631.0

While others created their own take on the Trump meme with varying levels of levity.

Others wanted to know who was paying for the wall Trump said Hispanics want.

While some just wanted to share some facts with the President.

As for whether his New Mexico rally or his Twitter meme garnered any new Hispanics for Trump only time and the latest polls will tell. Based solely on his Twitter reactions from White Trump supporters, it was highly successful.

Based on everyone else, not so much.