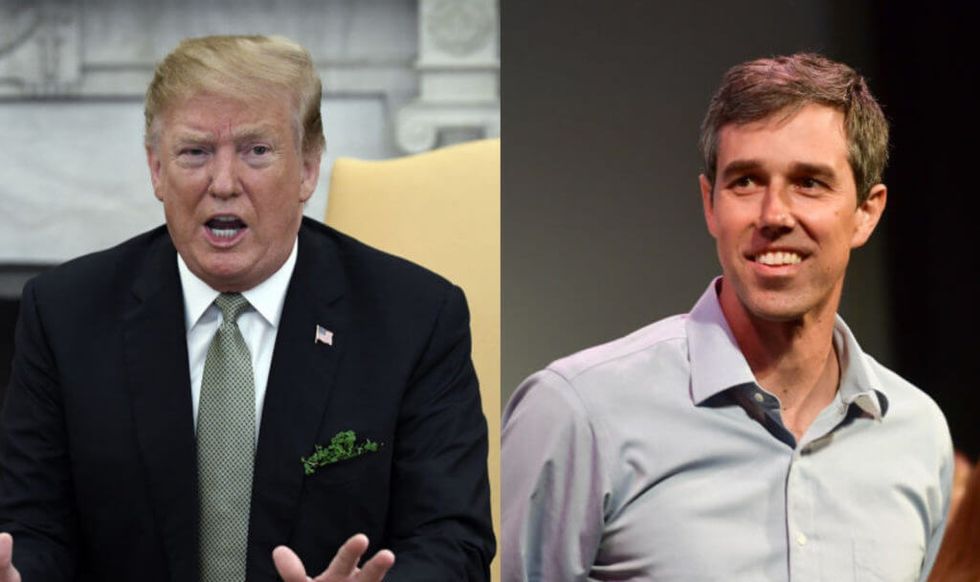 Former Democratic Texas Congressman Beto O'Rourke's candidacy for the 2020 election may only be a day old, but he's already demonstrating a more presidential temperament than the current occupant of the White House.

O'Rourke was asked about the President's comments and his answer said everything:

“I have nothing to say to that...I think people want us to rise above the pettiness, the smallness — they want us to be big, bold, ambitious for this country."

Watch the moment below:

The response was laden with a maturity that used to define the office for which he's running.

But when they go low, not everyone can go high...

Some thought Trump's self consciousness about his own hands spurred him to comment on O'Rourke's in the first place.

@thehill Maybe Trump is jealous of the size of Beto's hands. Trump needs to watch video of his rallies where he d… https://t.co/fVjSDzC52N
— sue Siebenaller (@sue Siebenaller) 1552604326.0

But when it comes to decorum, we have to hand it to Beto.