Beto O'Rourke Net Worth: How Much Is the Texas Democrat Worth? 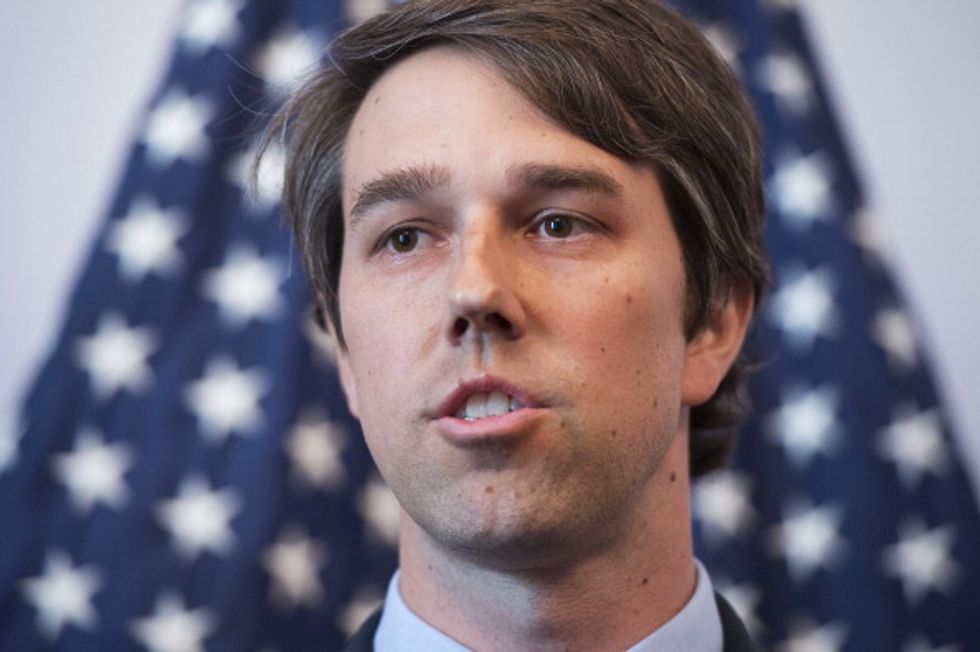 Rep. Beto O'Rourke speaks at a news conference in Cannon Building to announce a legislative package that will help the Veterans Affairs Department eliminate the backlog of veteran's claims. (Tom Williams/CQ Roll Call)

How much is Beto O'Rourke worth? The U.S. Representative from El Paso, Texas, is running to unseat Republican Ted Cruz. How much money does the Columbia University graduate have and what sort of business is he in? O'Rourke, whose full name is Robert Francis O'Rourke, was born on September 26, 1972, and is the son of Melissa Martha (Williams) and El Paso County Judge Pat Francis O'Rourke. His father was killed in 2001 when, at the age of 58, he was struck by a car while riding his recumbent bicycle, according to Amarillo.com. He was a Republican.

Beto O'Rourke, who adopted the Spanish nickname of his name "Roberto," is fluent in Spanish and is a 1995 graduate of Columbia University in New York. He ran into some legal issues in 1995 when he was arrested for burglary and drunk driving, but never charged. The Washing Post reports, "O'Rourke says the burglary arrest happened after he tripped an alarm while jumping a fence at the University of Texas-El Paso in 1995 but prosecutors declined the case." As for his drunk driving arrest, O'Rourke told the El Paso Times, "that he was driving an intoxicated friend home in the fall of 1998 when he was arrested for DWI." He completed a diversion program and the charge was dismissed, according to police records.

O'Rourke also had a brief career in a rock band that included some of the members of the Grammy Award-winning act, Mars Volta.

Living in New York, O'Rourke worked with internet service providers and eventually co-founded Stanton Street Technology, a software development company. In 2005, he began his political career by winning a seat on the El Paso City Council. In 2012, he won a seat in the U.S. House of Representatives.

How Much Is He Worth?

According to Open Secrets, a Center for Responsive Politics, O'Rourke had an estimated value of $9,134,511 in 2016. His net worth includes $3 million in real estate, with other investments in business. This makes him about average within Congress, which is mostly made up of millionaires, according to Time.com.