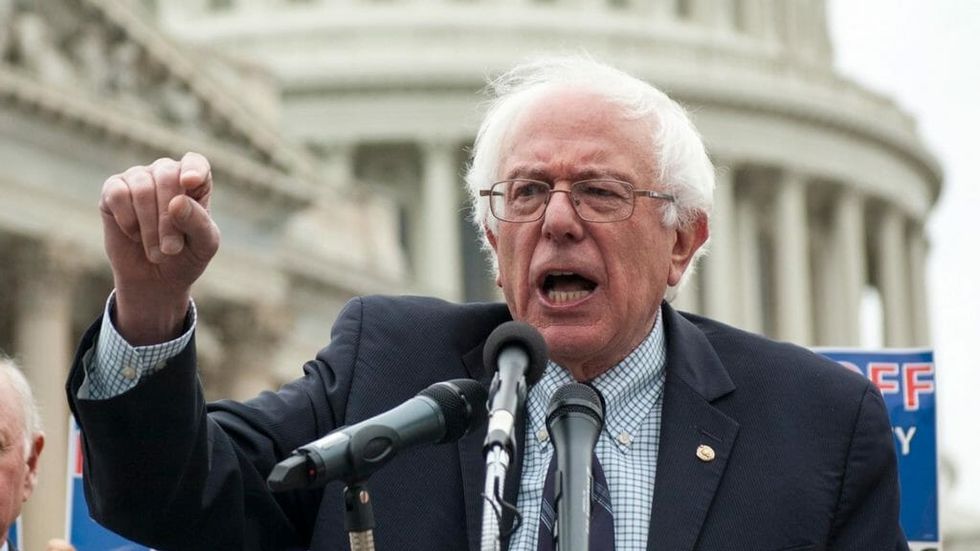 On Thursday, in a much-anticipated video address coming two days after meeting with Hillary Clinton, Bernie Sanders pledged to support Clinton any way he could to keep Donald Trump from winning the general election. But, to the disappointment of some, he declined at this time specifically to concede the Democratic nomination. Sanders made the announcement yesterday evening from his home in Burlington, Vermont.

His promise to help defeat Donald Trump might go a long way to smooth over tensions. “The major political task that we face in the next five months is to make certain that Donald Trump is defeated and defeated badly,” Sanders said. “We cannot have a president who insults Mexicans and Latinos, Muslims, women and African-Americans.”

But in deciding not to concede the nomination to Clinton, Sanders further risked being viewed as an obstructionist by some in the party.

Sanders also stressed the importance of issues which had come to define his campaign. He is adamant that the Democratic Party must commit to raising the minimum wage to $15 an hour. He also called for the

breakup of Wall Street banks and a ban on fracking, and he expressed his opposition to the Trans-Pacific Partnership trade deal. “I look forward, in the coming weeks, to continued discussions between the two campaigns to make certain that your voices are heard and that the Democratic Party passes the most progressive platform in its history and that Democrats actually fight for that agenda,” he said.

Perhaps the most passionate plea within Sanders’ address was his call for a 50-state strategy for the Democratic Party. The Party, Sanders emphasized, must recruit and provide quality candidates with resources in states they have ignored. Sanders expressed concern that the Party had allowed Republicans to win certain states with little to no opposition. “The Democratic Party needs leadership which is prepared to open its doors and welcome into its ranks working people and young people,” he said. “That is the energy that we need to transform the Democratic Party, take on the special interests and transform our country.”

Sanders met Clinton personally earlier this week to discuss unifying the party against Trump. His willingness to cooperate is a relief for those who once feared his campaign would split the Party. Sanders had also promised to continue campaigning until July’s Democratic National Convention in Philadelphia, where he will challenge Clinton to accept different policy proposals. He made headlines in recent weeks for calling for an end to the superdelegate system as well as open primaries.

Some critics note that Sanders’ misgivings about superdelegates and open primaries are outside of Clinton’s control. State parties decide themselves whether a given primary will remain open or closed, a matter in which the Democratic National Committee does not interfere. Only a widespread consensus within the Party can end the superdelegate system.

Jeff Weaver, Sanders’ campaign manager, says Sanders is no longer actively lobbying superdelegates to support his campaign. “You’ll see at the Convention, we’ll have a unified party coming out of it,” Weaver said. “We would like to get to a place where we could very actively support the nominee.”