Ben Stein Just Compared Alexandria Ocasio-Cortez to Hitler and Stalin, and He Has a Bonkers Warning of What Will Come From AOC's Proposals 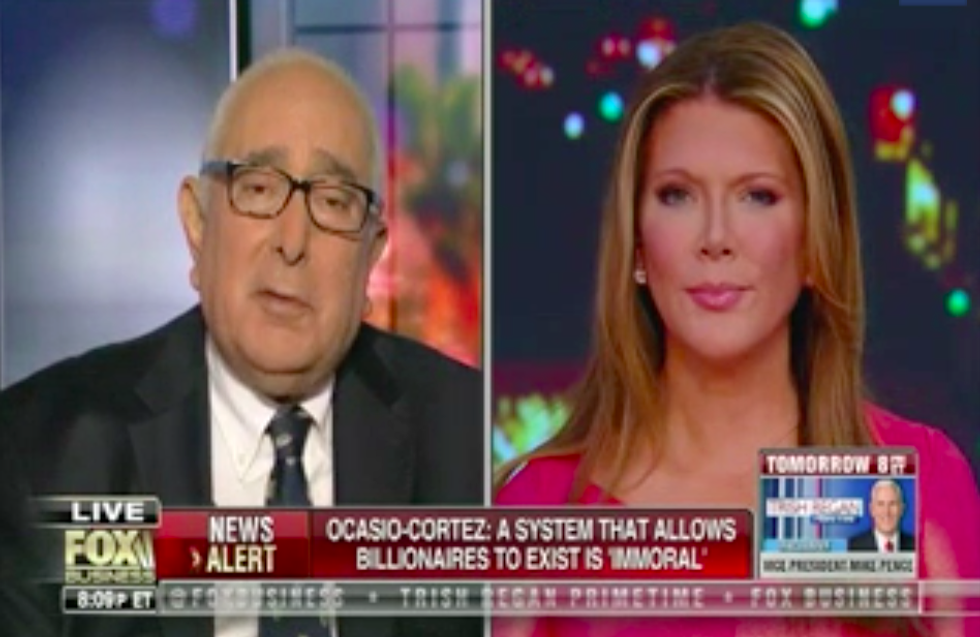 For those who only know Stein as a game show host or actor, he was also President Richard Nixon's speech writer.

In his remarks to Fox News, Stein said:

"We have a society in which there are an awful lot of people who have no idea that Stalin, Hitler, Mao Tse-Tung (Mao Zedong) all came to power promising the same kinds of things that Ms. Ocasio-Cortez is promising. And it led to mass murder, it led to dictatorship, it led to genocide."

"These promises are old promises and they invariably lead to bad things. The promise of just saying to the people do what you can within the law to make your life better and your family's life better — that system works extremely well."

"Capitalism is a system that allows people to make something of themselves instead of oppressing other people. It's an incredibly good system."

"Making money is one of the most of harmless things there is to do in the whole world. And that's what our society is about."

"It's not about ordering people around, putting them concentration camps. What do you do if there is a richer or poorer person?"

"What do you do? Do you take him away? Do you shoot him?"

"Well that's what the Communists tried, it didn't work out very well for them. And at the end of the day we ended up with Russia with one of the most of unequal societies there's ever been in the world."

"We don't wind up with the promises people made."

MMFA monitors print and online media and at least 150 hours of television and radio each week, providing fact checking as well as the lowlights and highlights. Comparing the New York Representative to genocidal dictators because of her conservative tax proposal—which would have far less impact than the tax brackets of the 1950s-1980s—was a lowlight.

People thought perhaps an adviser to President Nixon was not the best person to preach morality in the first place.

Ben Stein's own past featured in many of the reactions to his comments.

People also shared the tax rates of different Presidents, including Stein's boss. Did he also tell Nixon, he was just like Hitler, Stalin and Mao?

Many questioned Stein's knowledge of history.

While some merely questioned Stein's relevance now that he traded in spokesman for a president who resigned in disgrace for game show host of Win Ben Stein's Money.

@mmfa Remember when Stein was supposed to be an intellectual and Comedy Central tried to normalize him with a game… https://t.co/xzg2JTE55p
— Heath Harrison (@Heath Harrison) 1548210506.0

While many noted how scared conservatives appear to be of Ocasio-Cortez.

Ocasio-Cortez suggested a higher tax rate, a throwback to the tax rates President Ronald Reagan eliminated in the 1980s, but only for those earning over $10 million.