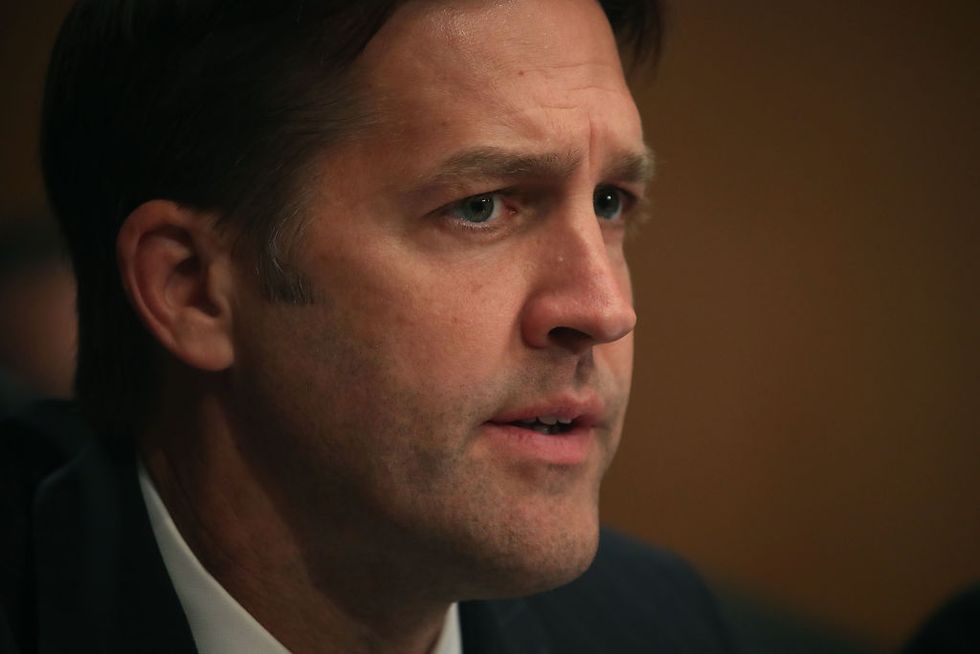 President Trump has often spoken against the media, referring to networks such as CNN as “fake news.” More and more the president has publicly courted with the idea of infringing their First Amendment right to freedom of the press, which includes circulation of opinions in print without censorship by the government.

Now Trump’s remarks have at least one senator questioning if the president is reneging on his Oath of Office. Republican Senator Ben Sasse of Nebraska is concerned by Trump’s recent words regarding the press, and his desire to silence the media.

"Mr. President: Words spoke by the President of the United States matter. Are you tonight recanting of the oath you took on January 20 to preserve, protect, and defend the First Amendment?" Sasse said in a statement on his personal Twitter account.

Sasse released his statement following Trump’s remarks to reporters on Wednesday in the Oval Office, in which he said that it is "disgusting the press is able to write whatever it wants to write." His words were in reaction to NBC News publishing a report that Trump expressed a desire to increase the United States' nuclear arsenal, which caused Secretary of State Rex Tillerson to call Trump a “moron.”

Trump of course denied the report, and is considering using the might of the federal government to challenge the news network. He tweeted Wednesday night that any news network that reports what he thinks is “fake news” should have their licenses revoked.

With all of the Fake News coming out of NBC and the Networks, at what point is it appropriate to challenge their License? Bad for country!
— Donald J. Trump (@Donald J. Trump) 1507730144.0

Network news has become so partisan, distorted and fake that licenses must be challenged and, if appropriate, revoked. Not fair to public!
— Donald J. Trump (@Donald J. Trump) 1507766982.0

Sasse's public criticism of the Trump has earned him the ire of some in his own party. Iowa GOP chairman Jeff Kaufmann opened for the president at a rally in Iowa Wednesday evening, calling out the Nebraskan senator as an "arrogant academic" who is not welcome in Iowa.

“We had Sen. Ben Sasse from Nebraska, he crosses the Missouri River, and in that sanctimonious tone talks about what he doesn’t like about Donald Trump,” Kaufmann said from the podium before Trump appeared on stage. “You know what, Sen. Sasse? I really don’t care what you like. We love Donald Trump. And if you don’t love him, I suggest you stay on your side of the Missouri River.”