Ben Carson Just Tried to 'Reclaim His Time' During a Congressional Hearing, and Got Immediately Schooled 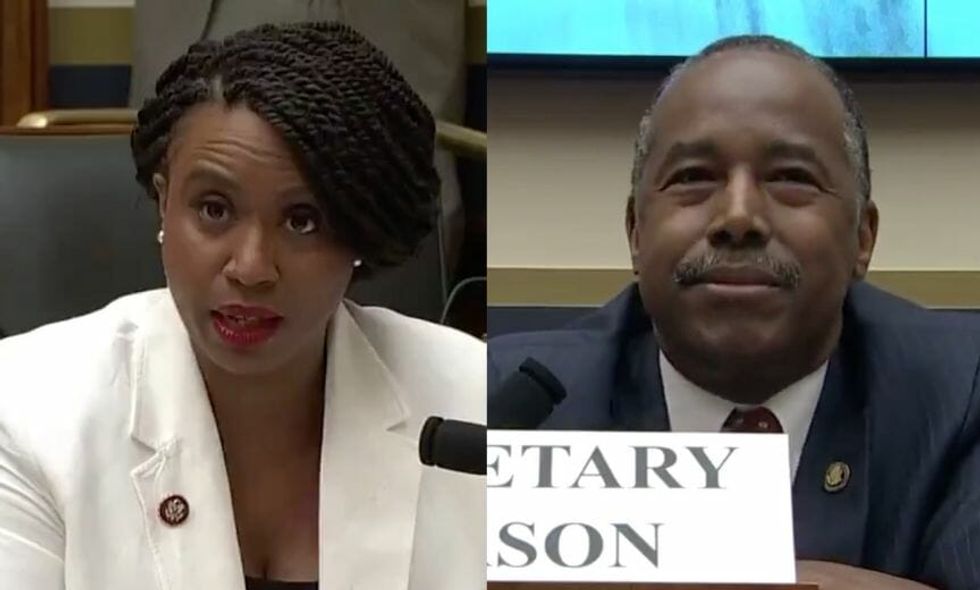 As the Congresswoman pressed Carson for a yes or no answer regarding the effect of subpar public housing conditions on the mental health of tenants, Carson said, "Reclaiming my time."

Financial Services Committee Chair Maxine Waters—whose own reclamation of time went viral in 2017—interjected that the time, in fact, "belongs to the gentlelady."

The interaction between Pressley and Carson didn't improve after that, culminating in Pressley asking Carson if he'd allow his grandmother to live under current public housing conditions.

Recently, Housing and Urban Development proposed a plan to evict all undocumented immigrants from public housing, knowing that the measure would likely result in families—including children who are American citizens—leaving with them.