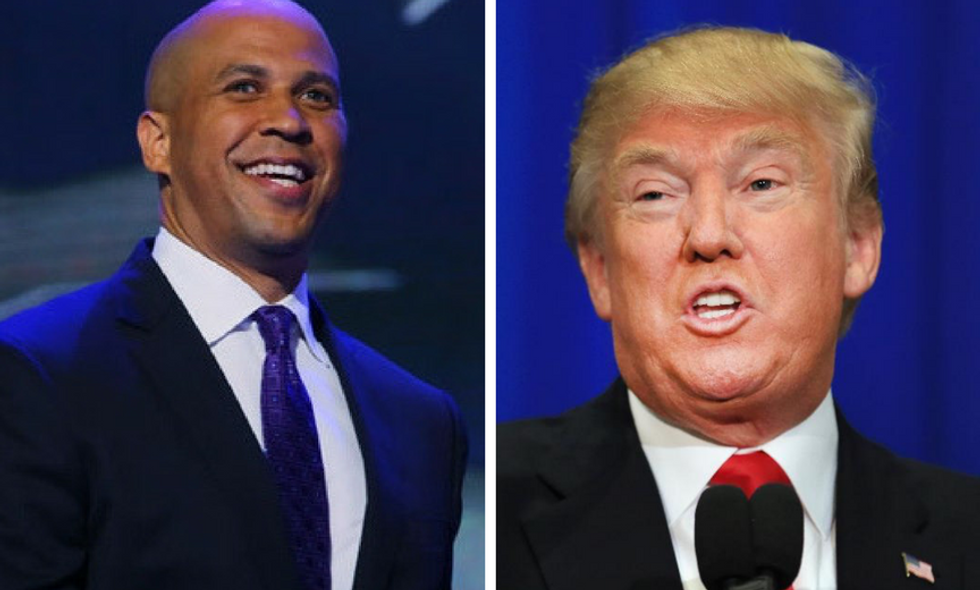 As Donald Trump's second hundred days get underway, a battle over LGBT rights has unexpectedly broken out between Congress and the White House.

On Tuesday, 241 members of Congress, led by Rep. David Cicilline in the House, and Senators Jeff Merkley, Tammy Baldwin, and Cory Booker in the Senate, re-introduced the Equality Act to amend the Civil Rights Act of 1964 to include protections on the basis of sexual orientation and gender identity.

On the same day as the Equality Act was introduced, the Trump administration announced that President Trump would sign a "religious liberty" executive order on Thursday that opponents say would amount to a license to discriminate against LGBT Americans.

While administration officials insist the order has not been finalized, a draft order leaked in February would have exempted anyone claiming religious freedom from anti-discrimination laws, giving them broad protections to discriminate against the LGBT community.

The ACLU wasted no time in condemning such an executive order, saying in a statement: “The ACLU fights every day to defend religious freedom, but religious freedom does not mean the right to discriminate against or harm others. If President Trump signs an executive order that attempts to provide a license to discriminate against women or LGBT people, we will see him in court.”

This latest executive order is seen as a victory for Vice President Mike Pence, whose effort to push through such an order earlier this year was scuttled. The signing ceremony will be attended by faith leaders who will be at the White House that day to celebrate the National Day of Prayer.

While the Equality Act is led by Democratic members of Congress, the bill is technically bipartisan, boasting one lone Republican co-sponsor, Rep. Ileana Ros-Lehtinen of Florida. Rep. Ros-Lehtinen made news herself this week when she announced she'll be retiring from Congress at the end of this term.