Former Defense Official Just Explained Why Jim Mattis Really Resigned From Trump's Cabinet, and It's All About Russia 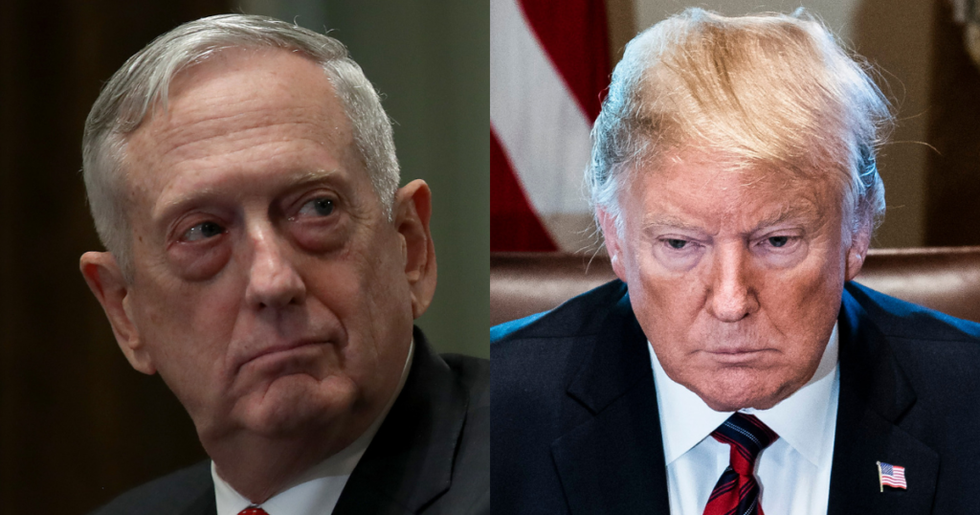 Jeremy Bash, a former chief of staff at the CIA and Department of Defense, told Morning Joe that Mattis's departure in December was driven by Trump's willingness to spread Russian propaganda and toe Vladimir Putin's line.

“This is fundamentally what drove Gen. Mattis to leave the Pentagon as secretary of defense,” Bash said. “He watched how we were yielding to Russia on a variety of issues and he watched the way we announced this pullout of Syria, which was a total gift to the Kremlin.”

“It emboldened Russia, emboldened Iran, emboldened [Bashar al-] Assad, who is of course Russia’s client and allowed the Iranians to build a land bridge from Tehran through northern Iran through Iraq, through Syria and ultimately through Lebanon. I think Jim Mattis and other foreign policy hawks, if you will, are looking at this and saying, ‘What has become of American foreign policy in the age of Trump?’ We have ultimately yielded our national interests to the interests of Vladimir Putin.”

What does Mattis know? We deserve answers.

@RawStory Errum, Mattis always was aware of trump's weird relationship toward Putin, there is something else that made him balk
— Cherie Lee (@Cherie Lee) 1547648030.0

Bash said there was no better example of Trump's "obsequious" behavior than his secret meeting with Putin in Helskini last summer where the two men spoke in private and no records of their conversation were kept.

People have other words to describe the Trump-Putin dynamic.