Steve Bannon Just Admitted He 'Hated Every Second' He Was in the White House, and Now Everyone's Making the Same Joke

He walked right into that one. 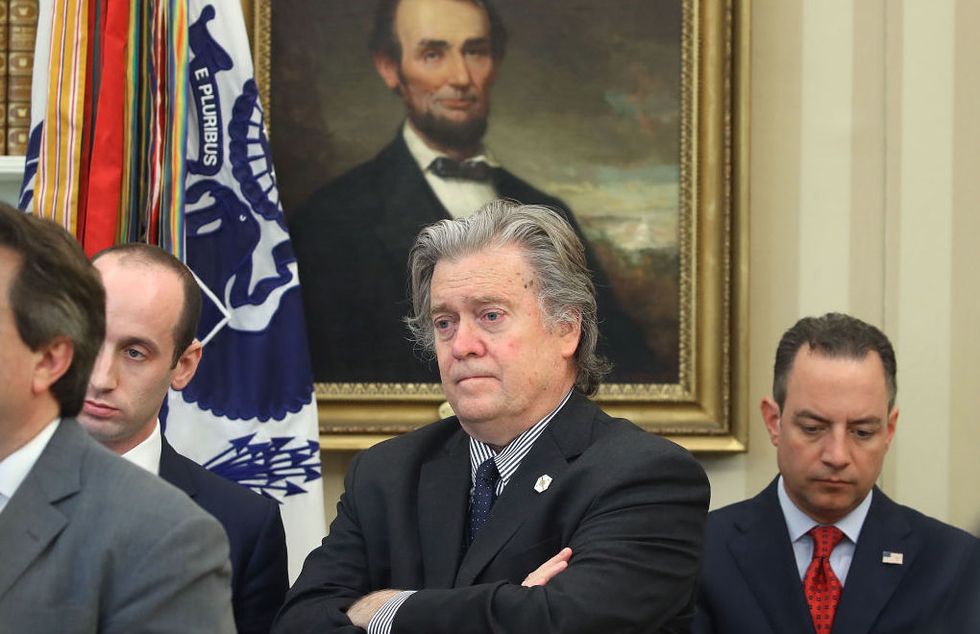 The Brink premiered at The Sundance Film Festival Wednesday and takes a low-key, fly on the wall view of Bannon's daily life post-Trump administration. Now quotes from Bannon that appear in the film are gaining traction.

At one point Bannon stated:

"There’s no glamour to the job. I hated every second I was there."

"The West Wing has bad karma to it. They say, ‘Because you were doing bad stuff!’ But I was doing the Lord’s work."

Bannon was not alone in his feelings about his time at the White House and people quickly let it be known.

Many did not miss Bannon after his departure from the limelight after his dismissal by both Trump and the company he founded.

While many had the same question for Bannon.

During the 2016 presidential campaign, Bannon served as one of then-candidate Donald Trump's most dominant advisors. The right wing media guru founded conservatism publication Breitbart which under Bannon doled out conspiracy theories and right wing spin in equal measure.

But once candidate Trump became President Trump, many of the people who helped him get there found themselves pushed out in favor of Trump family members and their top picks. Bannon lasted less than a year in the Trump White House.

By August 2017, Bannon—who took the blame for Trump's Charlottesville response and the Muslim ban—was fired by Trump. He had left Breitbart and the now infamous Cambridge Analytica to work on the Trump campaign in August 2016, but was not welcomed back.

But despite being fired by Trump, Bannon praises him throughout the film. He stated:

"Donald Trump is a historical figure and a transformative president. Donald Trump will be in your personal life 30 years from now, whether you like it or not."

Meanwhile, one Twitter user predicted a less than loyal reaction from President Trump.