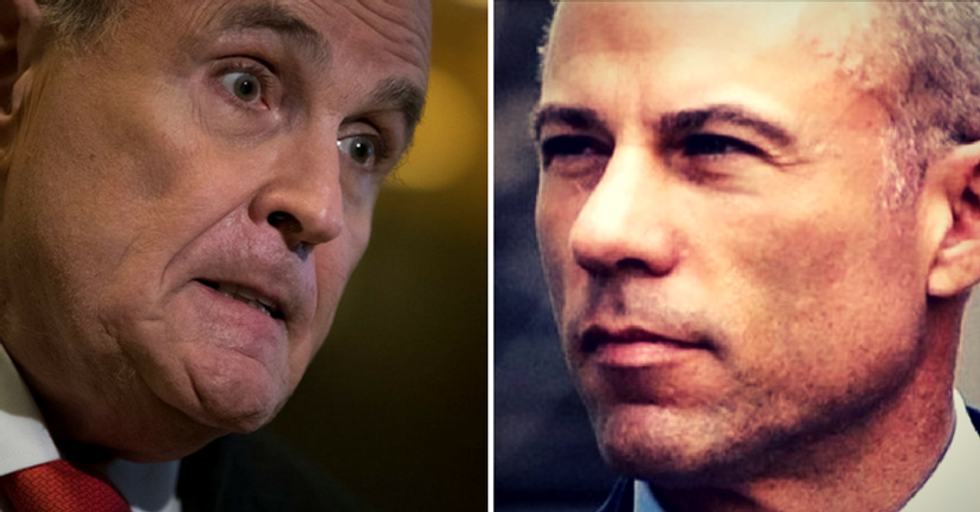 Continuing his media blitz in defense of President Donald Trump, Rudy Giuliani, one of the newest members of Trump's legal team, appeared on another Fox News organization program Thursday morning after an hour long interview on Hannity Wednesday night.

Giuliani also continued his attacks on any of the president's rivals or detractors.

"What do you think she (Clifford) is about, and her lawyer (Michael Avenatti), who's an ambulance chaser?" Giuliani asked host Maria Bartiromo on Fox Business Network's Mornings with Maria.

But unlike other Giuliani targets, Stephanie Clifford's lawyer isn't taking it. Michael Avenatti represents Clifford, aka Stormy Daniels, in her lawsuits against Trump and his personal attorney Michael Cohen. After Giuliani's morning interview, Avenatti replied on Twitter:

"the only “ambulance” I have ever chased in my career is the one you are driving right now in a desperate attempt to save this presidency."

Avenatti also made sure to thank Fox News for their help with his cases.

Whatever happens @foxandfriends, please do not stop helping our case week in and week out by having Mr. Trump and M… https://t.co/OhDNpkyAX2
— Michael Avenatti (@Michael Avenatti) 1525348251.0