Some Automakers Are Offering Subscription Services for Customers Who Don't Want to Buy, and Yep, Netflix for Cars Is Now a Thing 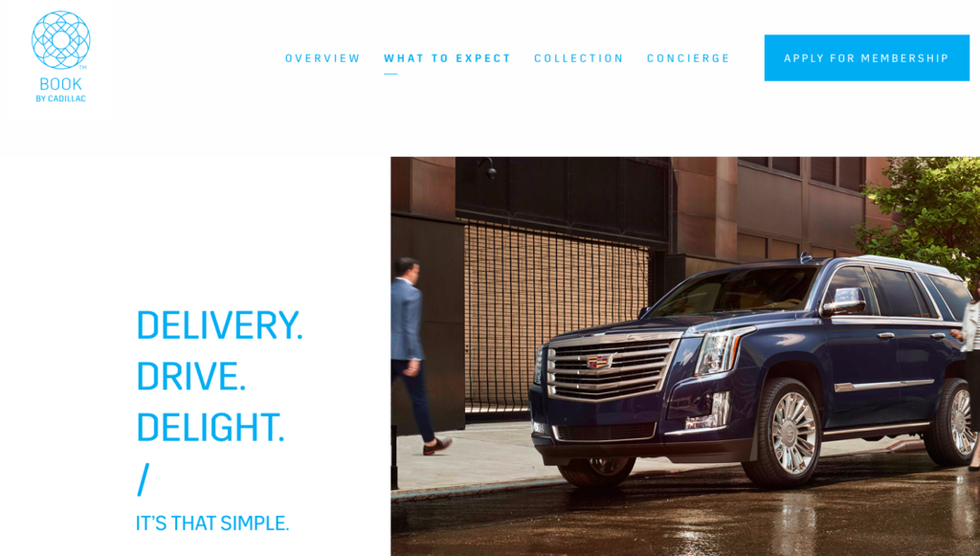 Car buying may soon be a thing of the past, especially among millennials. This may be welcome news to anyone who’s had to pay for major auto repairs!

Though more than 90 percent of households still own one vehicle, millennials (loosely defined as those born in the early 1980s through the late 1990s), many of whom prefer living in city environments, are increasingly eschewing the hassles of parking, maintenance and depreciation in favor of Lyft and Uber, or car-sharing programs like ReachNow or Car2Go.

Given that millennials are about to surpass baby boomers as the world’s largest living adult generation, auto manufacturers are taking notice — last year they reported the first decline in new vehicle sales in eight years. Their solution? Subscription services, which operate something like Netflix: For a flat monthly fee, subscribers can have access to a variety of models through their local dealership.

Cadillac, for example, offers BOOK by Cadillac (tagline: “Commit to being uncommitted”) in limited markets, which for $1,800 a month allows subscribers to select any Cadillac model to drive; when the subscriber is finished with the current vehicle, a driver comes to retrieve it and drop off a new one of the subscriber’s choosing.

BMW, Porsche and Mercedes are currently testing similar services in certain cities, though other manufacturers, such as Volvo, offer less-expensive versions averaging about $600 a month. (Volvo is currently the only automaker offering a subscription service nationwide.) Insurance, maintenance, and roadside assistance are included, and unlike a lease, there are no contracts.

“To understand why a manufacturer would do this, you have to realize that they are always desperate to increase their market share,” David Checkel, a mechanical engineering professor at the University of Alberta, Canada, toldPopular Science.

“Once you've committed the billions of dollars in factories and supply chains, the way you make a profit is by pushing your product off the line and into the hands of customers. Any marginal increase in the number of vehicles your factories produce has a significant impact on profit.”

Though subscription services are more expensive than owning a vehicle, manufacturers are banking that millennials’ fickle tastes and thirst for novelty will compel them to conclude the price is worth it. And a recent Edmunds investigation found that some services are actually cheaper than a traditional lease, especially if one lives in a city with high insurance rates.

"It comes down to three things," Melody Lee of BOOK by Cadillac told CNN. "Flexibility, simplicity and personalization.”

Proponents point out subscribers could drive, say, a convertible in the summer and a 4WD SUV in the winter, or a pickup truck if they need to move something large.

“Me personally, I'd rather have my own car, keep it, store it, take care of it, you know,” Tim Bedard, a resident of Toledo, Ohio, told CBS affiliate WTOL in a story about Jeep’s early-June announcement of a new subscription service.

“I know it's mine, but if somebody wants a faster car or a different design that comes out every two years or every year, I think it's a great idea for somebody."