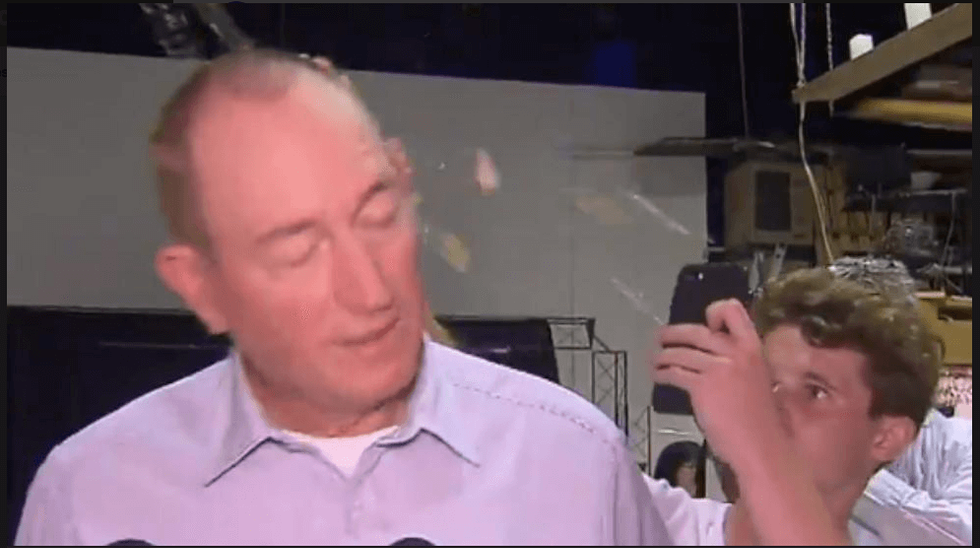 People across the world were horrified when a white supremacist shooter killed 49 worshipers in two mosques in Christchurch, New Zealand.

If those monitoring the event weren't disgusted enough, Australian Senator Fraser Anning penned a statement on the massacre, blaming Muslims for the attack, instead of the Islamophobic ideology indicated in the 72 page manifesto left by the shooter.

"Whilst this kind of violent vigilantism can never be justified, what it highlights is the growing fear within our community both in Australia and New Zealand, of the increasing muslim presence..While Muslims may have been the victims today, usually they are the perpetrators. World-wide, Muslims are killing people in the name of their faith on an industrial scale."

People across the world found the letter repulsive for using the deaths of 49 Muslims to perpetuate the myth that practicers of Islam are inherently violent.

One boy was so disgusted by the rhetoric, he took action into his own hands.

A young man snuck into a pool of reporters asking the embattled Anning for clarification. As he began to parrot the same rhetoric as was used in his statement, 17 year old Will Connolly cracked an egg on the back of Anning's head. The stunned Anning began to throw punches before they both were subdued by bystanders.

While teenagers "egging" people and places is an act that's more often than not condemned, Connolly is being hailed as a hero.

That's right. Clark Kent may be Superman, Bruce Wayne may be Batman, but Will Connolly is #EggBoy.

As happens with internet sensations, the memes an remixes weren't far behind.

In fact, they showed up immediately.

His actions inspired some artists to go to work as well.

Today I checked the trending topic on Twitter, then I found an interesting #eggboy hashtag. There are some of funny… https://t.co/SxC8EHnSSE
— ibrahim Alhadidi (@ibrahim Alhadidi) 1552778646.0

Since Connolly threw the fateful egg, supporters have set up a GoFundMe page on his behalf.

The proceeds will go to legal fees and "more eggs."