Where Is My Polling Location for the Atlanta Mayor's Race Race 2017?

On November 7, 2017, Atlanta will go to the polls to vote for mayor in a non-partisan election. 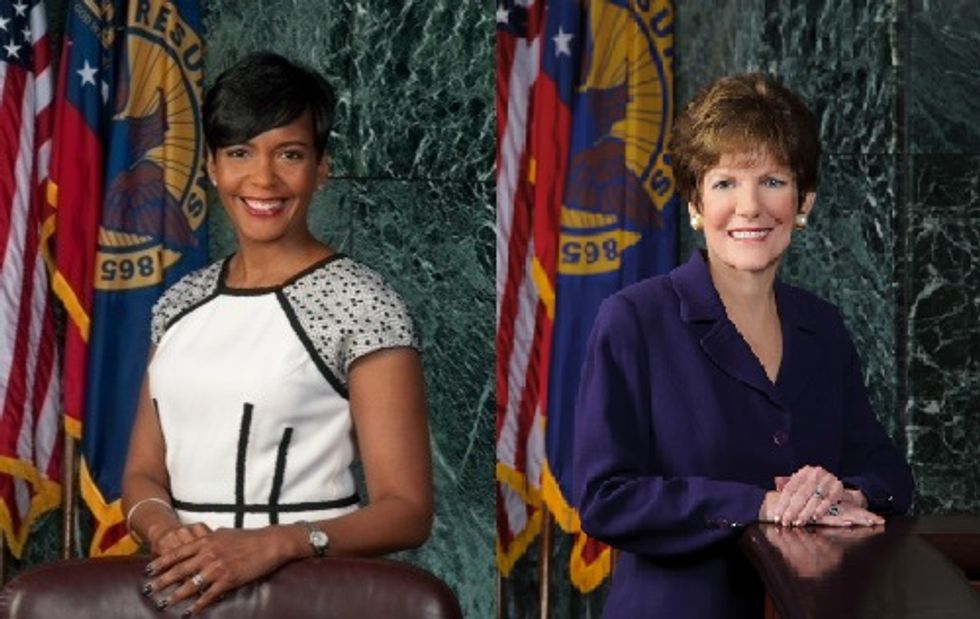 On November 7, 2017, Atlanta will go to the polls to vote for mayor in a non-partisan election. Incumbent Mayor Kasim Reed is ineligible to run, as he has been term-limited out. If none of the candidates receive an absolute majority, a runoff will be held between the top two finishers on December 5, 2017.

The candidates for mayor are:

If you are an Atlanta voter, polls open at 7 AM and close at 7 PM EST. You can find your polling place here. Check back here for early, real-time election results and updates.

Polls currently show Mary Norwood leading a Landmark/Rosetta Stone poll, as well as polls out of WXIA-TV Atlanta/SurveyUSA and WSB-TV/Landmark. Keisha Lance-Bottoms appears to be her most formidable competition, though she trails behind significantly.

Other races being held in Atlanta on November 7 include, according to the City of Atlanta's website:

At that time, registered voters within the City of Atlanta, who have registered by October 10, 2017, will vote to fill the Offices of Mayor (1 Seat), City Council President (1 Seat), City Council Members (15 Seats), Board of Education Members (9 Seats), and vote to retain Municipal Court Judges (10 Sitting). All seats are non-partisan, and are elected or retained for 4-year terms.