Arizona Border Patrol Just Released Video of Migrants Using a Ladder to Climb Over a Stretch of Border Wall, and Well That's Awkward 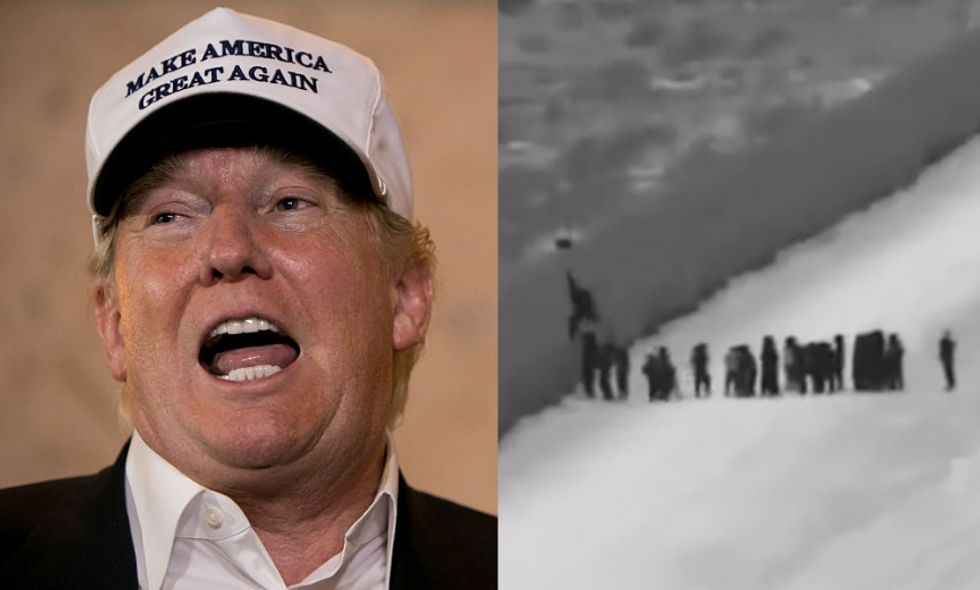 On the 34th day of a government shutdown brought on by President Donald Trump's insistence that only a wall at the southern border could sufficiently inhibit illegal immigration, Arizona Border Patrol released a video poking a hole in the President's argument.

The President has insisted that border walls are an effective manager, despite swathes of stories and expert opinions warning otherwise.

Arizona Border Patrol tweeted a video of immigrants using a ladder to climb over a section of wall near Yuma, AZ.

Americans began using the video to make the point that spending $5 billion on an ineffective structure isn't good policy.

The climbers were later apprehended by border officials, but only after making it over the wall and past the border.

Throughout his constant endorsement of a wall at the southern border, the President has frequently been reminded of the existence of ladders.

Nevertheless, Trump has been adamant in his demands for money to construct the wall. His refusal to sign any resolution to reopen the government without this allocation has resulted in the longest government shutdown in American history.