Aretha Franklin, the 'Queen of Soul,' Passes Away at 76 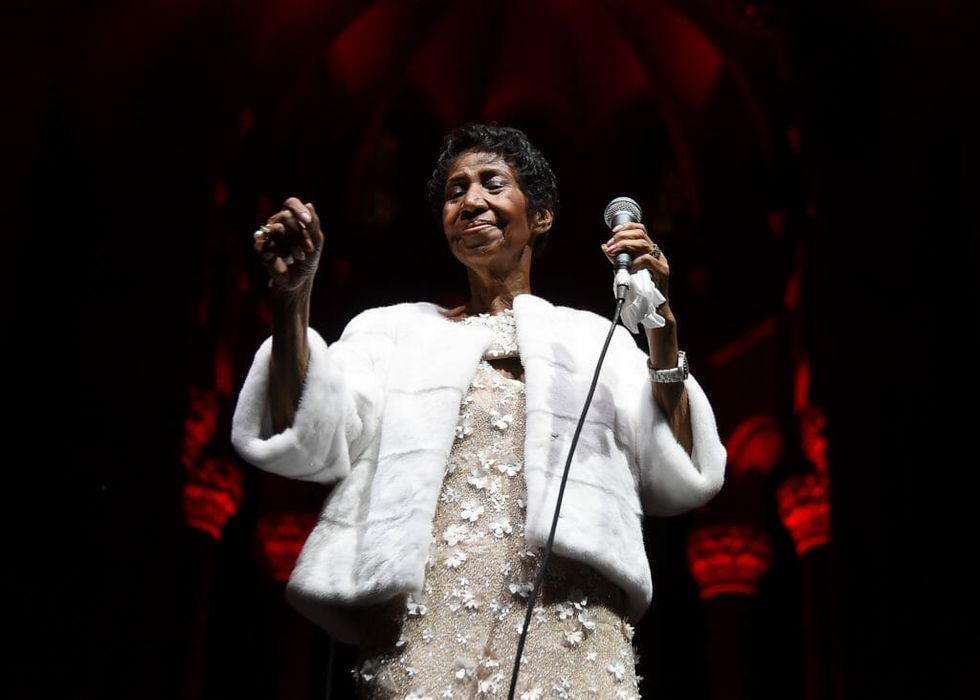 Aretha Franklin, long considered "one of the giants" of soul music, died today at her home in Detroit, Michigan surrounded by friends and family. She was 76.

Franklin's publicist confirmed her death to the AP.

Franklin had been "gravely ill" for some time, and her family had asked for "prayers and privacy" shortly before she passed. The family confirmed the singer's illness to WDIV Local 4.

BREAKING NEWS: I am so saddened to report that the Queen of Soul and my good friend, Aretha Franklin is gravely ill… https://t.co/ERQcJ1xOCx
— Evrod Cassimy (@Evrod Cassimy) 1534159397.0

Franklin had battled health problems for years and had not performed in public since November 2017, when she performed for the Elton John AIDS Foundation in New York. Last summer, she canceled a series of concerts "on doctor's orders." In March 2018, she announced her doctor had recommended she take a break from touring altogether, and pulled out of the New Orleans Jazz & Heritage Festival.

Born and raised in Detroit, Michigan, Franklin began singing as a child and was signed to her first recording deal with J.V.B. Records when she was 14. Franklin specialized in gospel music and did not release her first secular album until 1961 when she was 18. The album, Aretha: With the Ray Bryant Combo, featured her first single to chart the Billboard Hot 100, "Won't Be Long." That same year, Franklin recorded the standard "Rock-a-Bye Your Baby with a Dixie Melody" and scored not only her first top 40 single, but her first international hit.

Franklin's success continued into the 1970s, and she recorded several more top-ten singles, including "Spanish Harlem" and "Day Dreaming." Although her 1973 album Hey Now Hey was a commercial failure, Franklin still managed to top the R&B charts with songs such as "Until You Come Back to Me" and "I'm in Love." Her career slowed down after several more commercial bombs, and she chose to leave Atlantic Records and to sign with Arista Records instead, where she hit another artistic zenith. In the 1980s, Franklin's albums, including Aretha, Love All the Hurt Away, and Who's Zoomin' Who? brought her a success which nearly matched her output in the 1960s and 1970s. Songs such as "Jumpin' Jack Flash," "Freeway of Love," and "I Knew You Were Waiting for Me" (with the late George Michael) brought a new generation of fans.

After a brief lull, Frankin's dance single, "A Deeper Love," managed to chart, and she returned to the top 40 with "Willing to Forgive" in 1994. And with "A Rose is Still a Rose" (produced by Lauryn Hill), Franklin enjoyed another top 40 hit; the resulting album also went gold. Franklin's career slowed down thereafter, but it wasn't without further success. Her 2003 album, So Damn Happy, won a Grammy for the song "Wonderful," and after releasing a compilation album and a holiday album, she made headlines for several acclaimed public appearances, including a compilation on The Late Show with David Letterman with Cissy Houston providing backup vocals...

...and a performance of "(You Make Me Feel Like) A Natural Woman" at the 2015 Kennedy Center Honors.

Franklin had been the subject of several health hoaxes, most recently one in November 2017 which prompted messages from worried fans concerned that she'd died. A Twitter account bearing the username @ArethaFranklin shared the "news" that Franklin had passed away. (The account has since been deleted.)