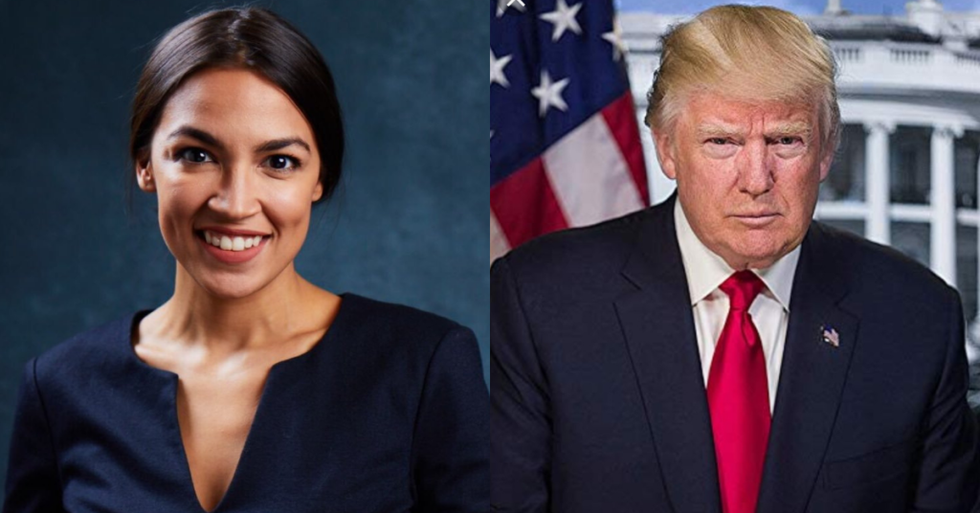 In response to outcry over Vice President Mike Pence adding travel time and costs to his Ireland visit by staying at a Trump owned property, the freshman Congresswoman first posted:

Representative Ocasio-Cortez is not the first or the only person to condemn the Trump family's profiting off the presidency.

The President has been referred to as Don the Con and his entire family, including in-laws, called grifters.

While some pointed to Trump backer and enablers in Congress as just as culpable.

@AOC Most Trump officials were trained in the Koch network. Please expose the man behind the curtain, not just the clown on the stage.
— Frank Kashner (@Frank Kashner) 1567526322.0

People wondered if any administration had been as corrupt.

@AOC Has there ever been a more corrupt administration than Trump's??? It has always been all about Don the Con. T… https://t.co/ApnI9BMcu1
— Angela Belcamino (@Angela Belcamino) 1567527503.0

People highlighted the new normal of working for or gaining a meeting with the current POTUS.

But many pointed out no one should be surprised given the Trump Organization's history of failing to pay creditors, employees, contractors and several charitable foundations shut down over charges of funneling money into their own coffers.

As AOC is a constant target of President Trump's Twitter tirades, it is difficult to say if he has seen or responded to her tweets.