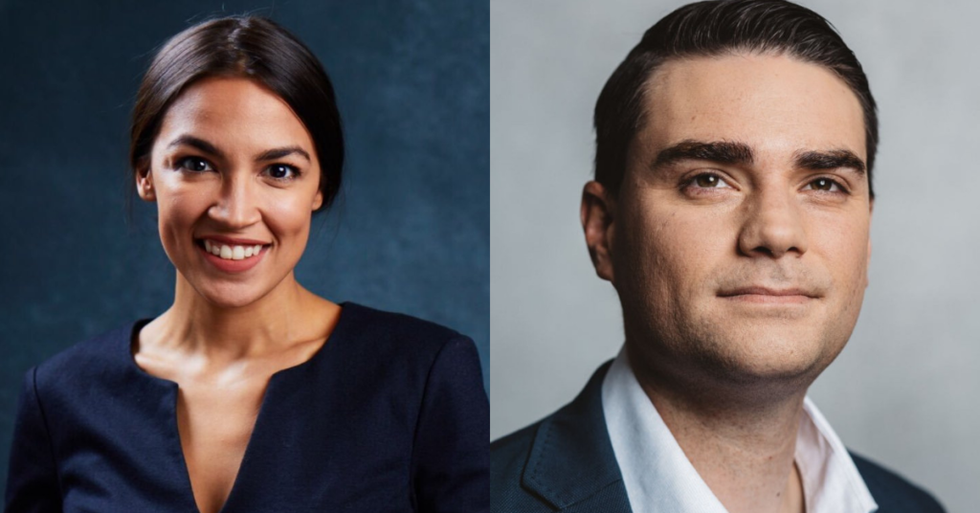 Ben Shapiro is the son of a Hollywood TV executive and a composer who grew up in affluent Los Angeles neighborhoods. Alexandria Ocasio-Cortez is the child of working-class parents who grew up in the Bronx.

So, of course, Shapiro is now giving the working poor advice on how to make more money, stating:

"If you had to work more than one job to have a roof over your head or food on the table, you probably shouldn't have taken the job that's not paying you enough. That'd be a you problem."

AOC, on the other hand, has experienced being the working poor then campaigned and was elected to represent New York in Congress, and so schooled Shapiro in the best way, providing some much-needed perspective on Shapiro's warped worldview.

"One of the most manipulative tactics plutocrats use is convincing people that the systemic issues we face are [due to] character flaws instead of policy flaws."

"Working people aren’t dumb or inferior; nor are they why insulin costs $300 or huge co’s pay starvation wages."

People who have worked quickly corrected Shapiro's misconceptions of how the world outside of extreme wealth works.

@adamcbest @Lee_in_Iowa @AOC Optimism is looking forward to a time when honest work will b rewarded by a decent liv… https://t.co/FNULDZxKGa
— Supriya Pal (@Supriya Pal) 1565879411.0

While others exposed Shapiro for who he is and what he represents. Although some were unaware that Shapiro started off rich then used that privileged lifestyle to create his own niche.

@AOC What’s infuriating about Ben Shapiro talking down to working-class folks is that he got rich peddling hate and… https://t.co/thrmOKuE3N
— Adam Best (@Adam Best) 1565821965.0

Even Twitter seemed to diss Shapiro by choosing a photo of him posing with embattled White supremacist Representative Steve King while both men were trending on Twitter for not good reasons.

As with most women who give Shapiro pushback, he asked AOC to come on his program and "debate him."

Talking over another person is not a debate, so like most people, AOC declined the latest Shapiro attempt at getting a public figure on his show.

However people were treated to a Shapiro debate in a setting he did not control when he spoke via satellite to a conservative journalist at the BBC in England to promote his latest book.

You can watch the results here.

The book Dark Money: The Hidden History of the Billionaires Behind the Rise of the Radical Right is available here.