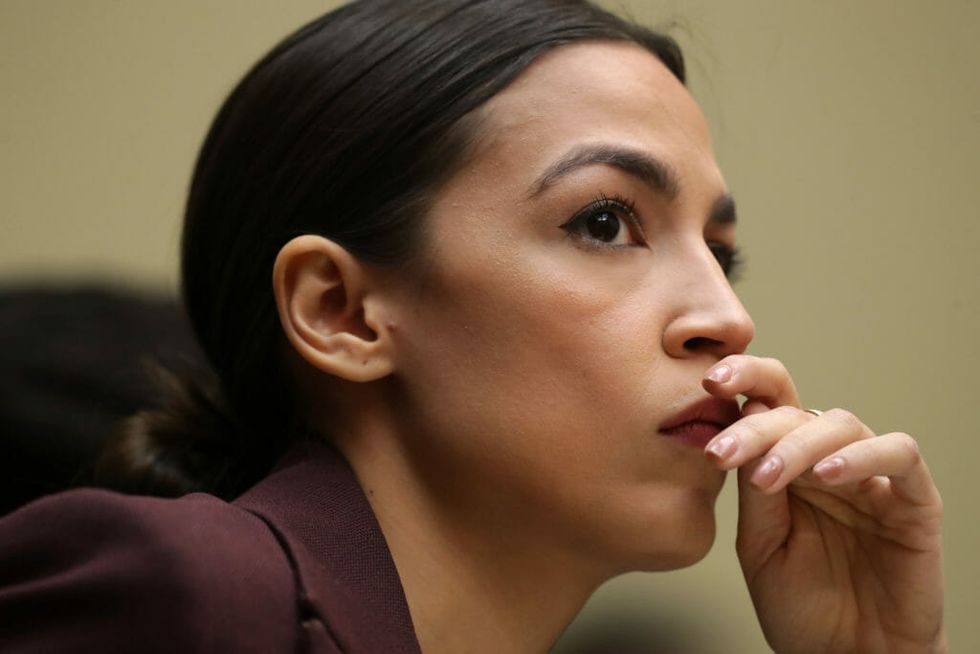 On May 7, Georgia Republican Governor Brian Kemp signed the "fetal heartbeat" bill. The new law prevents women from getting abortions after the sixth week of pregnancy, or after a heartbeat can be detected - which can happen before a woman even knows she's pregnant.

The law is one of the most restrictive in the country, and effectively criminalizes abortions for pregnancies that have not been caught in the first few weeks. To provide some context: a woman is usually 4-6 weeks pregnant by the time she realizes she's missed her period.

Kemp said he signed the bill so that all Georgians have "the opportunity to live, grow, learn and prosper in our great state."

Alexandria Ocasio-Cortez broke it down on Twitter, calling the new law a "backdoor ban":

""6 weeks pregnant" = 2 weeks late on your period," the congresswoman wrote. "Most of the men writing these bills don’t know the first thing about a woman’s body outside of the things they want from it. It’s relatively common for a woman to have a late period + not be pregnant."

She went on to point out that cycle delays because of stress, irregular periods, or even the morning-after pill can lead to a pregnancy that was only discovered after the heartbeat can be detected. "There are a TON of ways this law ignores basic biology," Ocasio-Cortez tweeted.

Hollywood actors signed a an open letter to Georgia’s governor Brian Kemp and Speaker of the House David Ralston in March, calling for a boycott on filming in Georgia if the bill was signed into law.

"We cannot in good conscience continue to recommend our industry remain in Georgia if H.B. 481 becomes law," the letter read, in part. It was co-signed by actors like Sean Penn, Laverne Cox, Debra Messing, Amy Schumer, and Mia Farrow.

"This is an extremely dangerous time for women’s health all around the country," said Leana Wen, president of the Planned Parenthood Action Fund.

"Georgia is a state that values life," Governor Kemp said before signing a bill which would endanger the lives of women. "We stand up for those who are unable to speak for themselves."

The law is expected to be challenged in court.