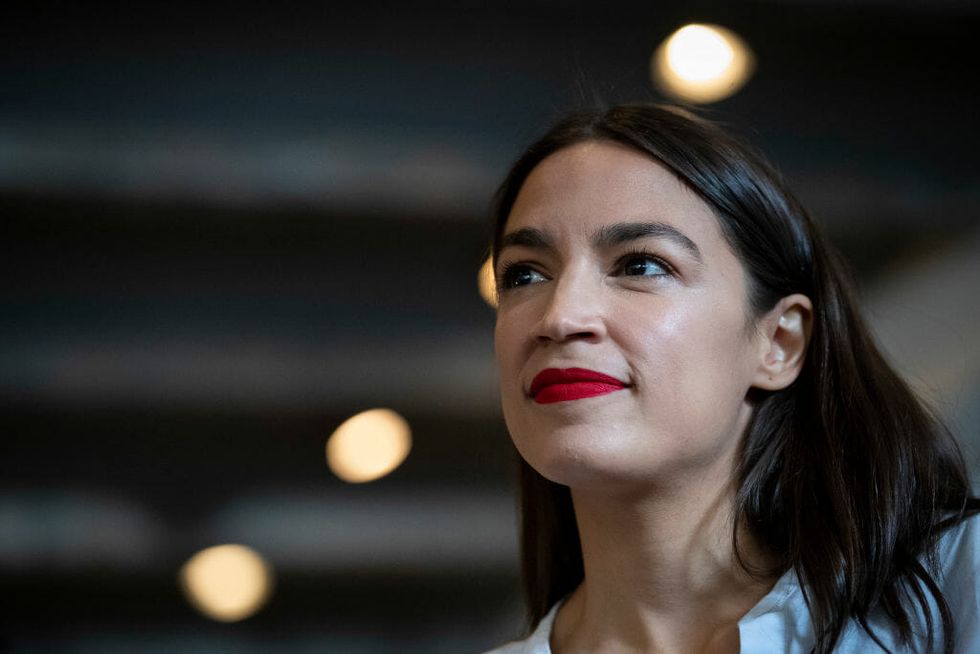 NEW YORK, NY - MAY 31: U.S. Rep. Alexandria Ocasio-Cortez (D-NY) prepares to wait tables at the Queensboro Restaurant, May 31, 2019 in the Queens borough of New York City. Ocasio-Cortez participated in an event to raise awareness for the One Fair Wage campaign, which calls to raise the minimum wage for tipped workers to a full minimum wage at the federal level. (Photo by Drew Angerer/Getty Images)

Senator Elizabeth Warren (D-MA) has been a thorn in the side of billionaires and corporations since even before she took office. That's only gone further since she launched her campaign for president, and the banks are beginning to notice.

In an interview with CNBC, billionaire JPMorgan Chase CEO Jamie Dimon lamented that Warren "uses some pretty harsh words" which he said tend to "vilify successful people." He continued:

“I don't like vilifying anybody. We should applaud successful people."

She soon addressed Dimon's critiques on Twitter as well.

It's really simple: Jamie Dimon and his buddies are successful in part because of the opportunities, workforce, and… https://t.co/GIcHDbXrga
— Elizabeth Warren (@Elizabeth Warren) 1572993907.0

And their critiques don't scare her. In fact, she's buoyed by them.

The fact that they've reacted so strongly—so angrily!—to being asked to chip in more tells you all you need to know… https://t.co/7CTGnr119h
— Elizabeth Warren (@Elizabeth Warren) 1572993907.0

While successful people are often deserving of praise, billionaires routinely use loopholes and access to escape substantial taxation, or any taxation at all, even though they pay five percent less on average in taxes than the average American.

Some even say that there's no ethical way to earn a billion dollars.

Billionaires didn't get that rich by working hard. They got rich by exploiting people. If you work for 80 hours a w… https://t.co/aFCJpmUQco
— Seth Blodgett (@Seth Blodgett) 1572787191.0

People tended to side with Ocasio-Cortez and Warren.

@AOC Billionaires pretending to be the victims in class warfare is really something else. https://t.co/HFPLFMgnhs
— Tuxedo Mask (@Tuxedo Mask) 1573061347.0

Warren has routinely put big bank CEOs, many of them billionaires, through the wringer during Senate hearings and vows to hold them accountable if elected.