Ann Coulter Just Eviscerated Donald Trump For Caving on His Border Wall Funding, and Her Analysis Is Surprisingly On Point 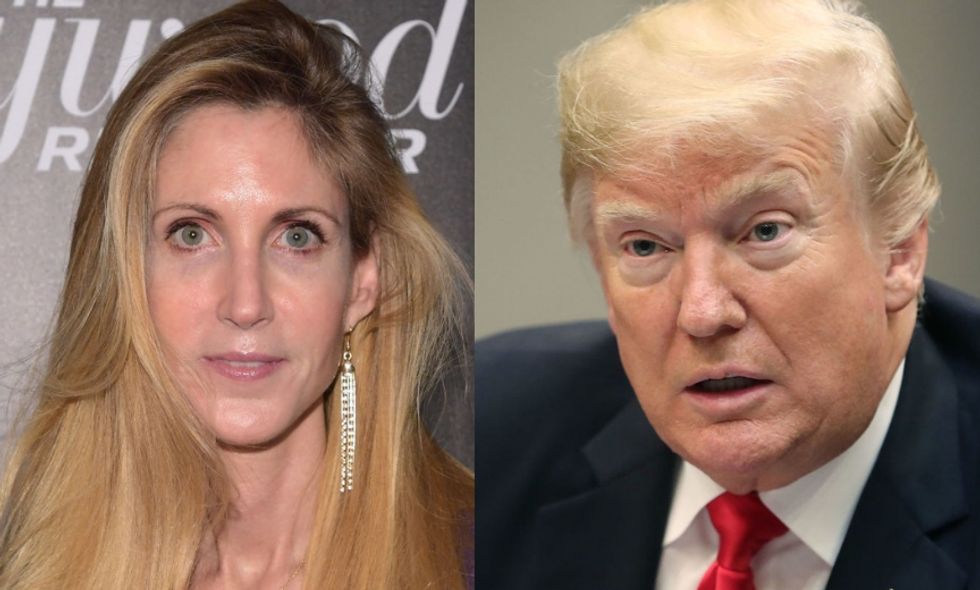 Far-right commentator Ann Coulter was a strong Trump supporter in 2016, but with the President's apparent step back from holding the federal budget hostage to his long-promised border wall, her support seems to be souring.

Coulter, a long time circulator of white supremacist and xenophobic rhetoric, didn't mince words when expressing her dissatisfaction with the President's decision.

She said in an interview with the Daily Caller that if the wall doesn't get built,

"Trump will just have been a joke presidency who scammed the American people, amused the populists for a while, but he’ll have no legacy whatsoever.”

Hear her words in the video below:

What's more, Coulter said she will not vote for Trump again if the wall doesn't materialize, continuing:

“Nor will, I think, most of his supporters. Why would you? To make sure, I don’t know, Ivanka and Jared can make money? That seems to be the main point of the presidency at this point.”

For once, Democrats agreed with Coulter.

Some thought Ann Coulter's opinions were too irrelevant to care.

While most Democrats tend to agree with criticisms of Donald Trump, there was one point of contention on their part regarding Coulter's words.

Many disagreed with the assertion that Trump wouldn't have a legacy without a border wall.

For most, Trump's legacy appears to be set in stone.

@thedailybeast He will not have any legacy except to be deemed the most corrupt President in history.
— ann mahdy (@ann mahdy) 1545244469.0

@thedailybeast Trump will have an amazing legacy even without a Wall. Trouble is it’s a legacy of corruption and co… https://t.co/im20mmVptq
— Idiot Press (@Idiot Press) 1545245618.0

As the border wall becomes more and more of a pipe dream, maybe his base will finally begin to wake up.