Donald Trump Proposed a Deal With Democrats to Finally Get His Wall, and Ann Coulter's Response Might Be Her Sickest Burn Yet 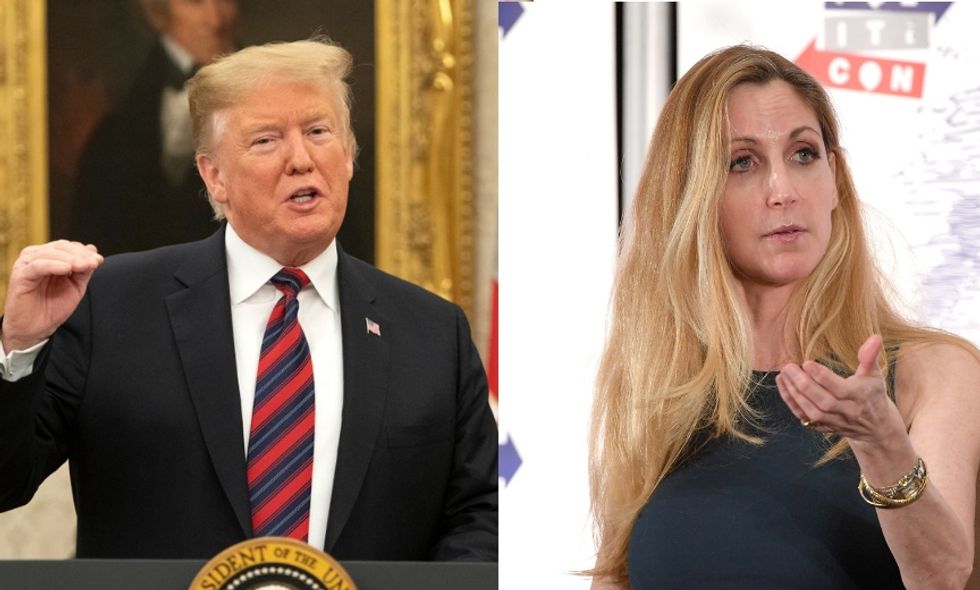 President Donald Trump is looking for a way out of the shutdown debacle he previously said he'd be "proud" to own. Now the longest government shutdown in history, the President attempted to sweeten the deal for Democrats, offering three years of protection from deportation to those protected under the Deferred Action for Childhood Arrivals (DACA) policy.

But in doing so, he may have made things worse for himself, especially where far-Right pundit Ann Coulter is concerned.

Coulter tweeted about the President, and she didn't hold back:

While the Republican primaries in the 2016 campaign now may seem like a lifetime ago, Trump's and 2016 Republican Presidential candidate Jeb Bush's hatred for each other is somewhat unforgettable.

Trump would often refer to Bush as "Low Energy Jeb," while also calling him "an embarrassment to his family," a "sad sack," and "not a man."

The primary debates would get heated.

Many thought the burn was brutal.

⁦@realDonaldTrump⁩ Your girl is not happy with you Crooked Donnie!! Better do something, fast! Ann Coulter blasts… https://t.co/73xPzOA5nr
— Jill Mertinke (@Jill Mertinke) 1547936660.0

The burn could have more of an effect on Trump than many think, as Coulter seems to have a wealth of influence on the President.

Trump reportedly continued to pursue the southern border wall to the point of shutting down the government after rabid Republican talking heads like Coulter and Rush Limbaugh advised him not to cave on what was one of his biggest campaign promises.

Coulter previously said that Trump's presidency was "dead in the water" if he didn't get the wall. She also claimed to be advising the president.

“I’ve been advising the president whether on Twitter, in columns, or in private conversations you’re not allowed to… https://t.co/H2RXCtRCxS
— Justin Kanew (@Justin Kanew) 1547603255.0

Now, some are speculating that her comparison to Jeb will have an effect on the President's judgment.