Ann Coulter Just Compared Donald Trump's Immigration Record With How It Would Have Been Under Hillary, and Yeah, Trump Won't Like This at All

For once, we agree. 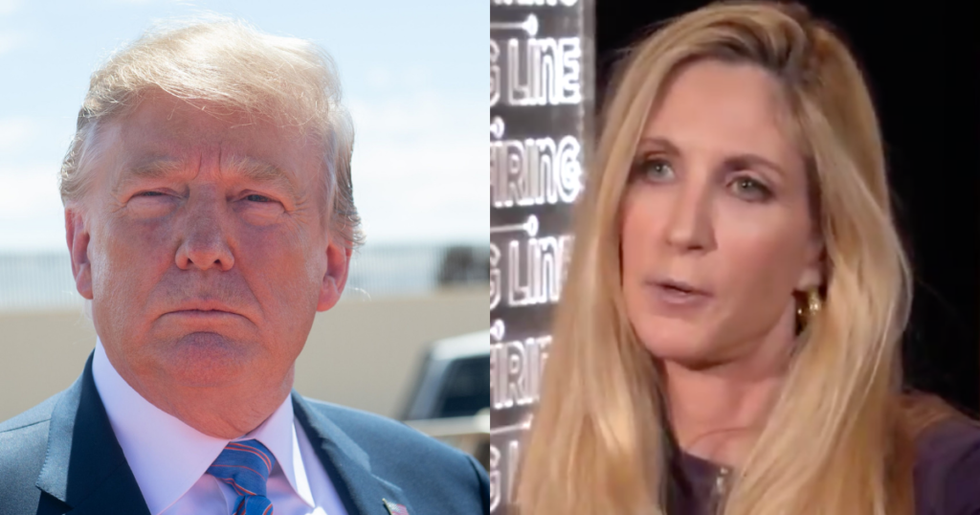 Coulter, whose support of Trump fizzled in the wake of the last government shutdown, was asked by Hoover to opine on the ongoing chaos at the southern border.

Hoover pressed for clarification: “The dynamics at the border are worse than they would be under a Democrat right now?”

Coulter continued to dump on Trump for not doing anything but tweeting.

Hoover asked what things Coulter believes Trump is not doing that would be done under a Democratic administration.

“I promise you this could not continue because a Democrat would know he would be dead in the water,” Coulter said, . “He couldn't just tweet something out and have everybody say ‘Yay.’"

Coulter in February chided Trump after he declared a national emergency so he could divert funds to build a border wall.

"The only national emergency is that our president is an idiot," Coulter said on KABC's Morning Drive radio show. She added that she was grateful that Trump had insisted she had no influence over his decision making. Trump in his remarks referred to her as "off the reservation."'

"Thank God he’s relieved me any responsibility for what he’s been doing," she quipped. "That was the biggest favor anyone could do for me."

Coulter's former fans are not happy.

Some people, however, agreed.

Others blasted her as a communist and a Democrat (she is neither).

Those folks in particular are really gonna hate what happened next.

Later on in the interview, Coulter said that Senator Bernie Sanders (I-VT) could earn her vote - and maybe even her time on the campaign trail - if he adopts immigration positions she favors.

“If he went back to his original position which is the pro-blue-collar position, I mean it totally makes sense with him if he went back to that position, I’d vote for him, I might work for him,” Coulter said. “I don't care about the rest of the socialist stuff just, can we do something for ordinary Americans.”

She really knows how to stir the pot.

@FiringLineShow Why on earth are you giving this sack of human excrement relevance? She insulted 911 first responde… https://t.co/pFJ4rqBa0G
— TooFarGone (@TooFarGone) 1555684489.0

@FiringLineShow Ann doesn’t feel anything, and nothing she says has any credibility or substance. She’s a political… https://t.co/z9tQ9P5qWg
— Bronnaspen (@Bronnaspen) 1555694792.0