Border Agents Took an 18 Year-Old U.S. Citizen Into Custody Almost a Month Ago, He's Now Being Held By ICE 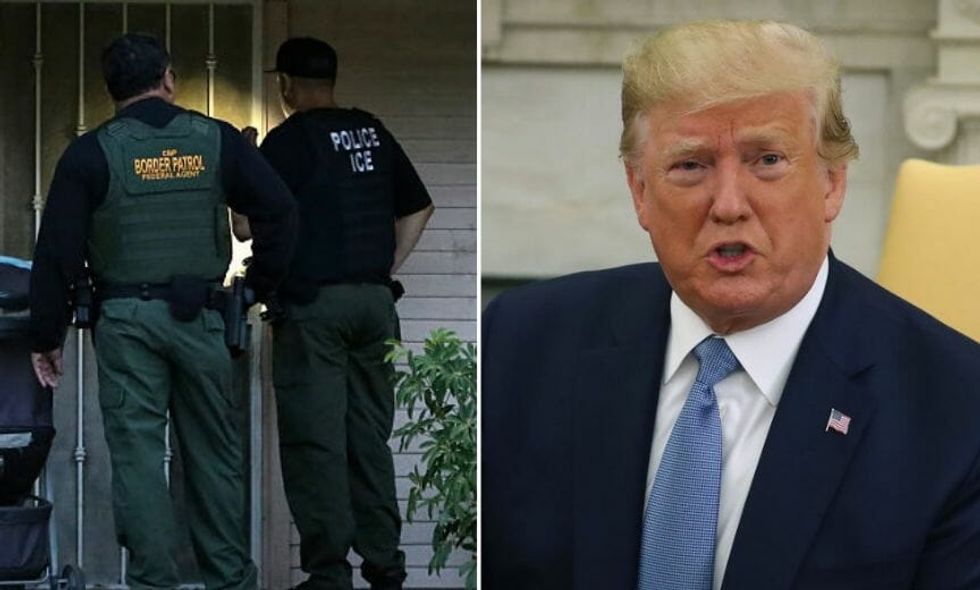 On June 27, brothers Marlon Galicia and Francisco Erwin Galicia were stopped at a checkpoint in Texas. Marlon Galicia, from Mexico, was in the country illegally and subsequently deported. Francisco Galicia, a United States citizen, was born in Dallas.

Americans were horrified to learn that Customs and Border Patrol (CBP) kept the 18 year old at a detention center for three weeks without a phone call before transferring him to ICE custody.

The Galicia family's lawyer, Claudia Galan, presented officials with Galicia's birth certificate along with other corroborating documents, yet the agencies have ignored her efforts to obtain Galicia's release.

"I presented them with his original birth certificate and other documents and they ignored them. So now I’ve faxed over all the documents to the ICE agent handling the case. He’s going on a full month of being wrongfully detained. He’s a U.S. citizen and he needs to be released now."

Galicia presented officials with a wallet copy of his birth certificate along with a social security card and Texas ID, but the officials reportedly told him they were fake.

@KenDilanianNBC It is now unsafe for any of us who have brown skin, or have Latino-sounding surnames, or have accen… https://t.co/uoB8e8HgVF
— HawaiiDelilah™ (@HawaiiDelilah™) 1563856504.0

Many fear this is just the beginning.

In fact, it's already been happening for years.

Two asylum seekers who have been in the US for 20 years and have two American citizen children were detained by ICE… https://t.co/Vr1UpjJSZr
— Dave Levitan (@Dave Levitan) 1563796814.0