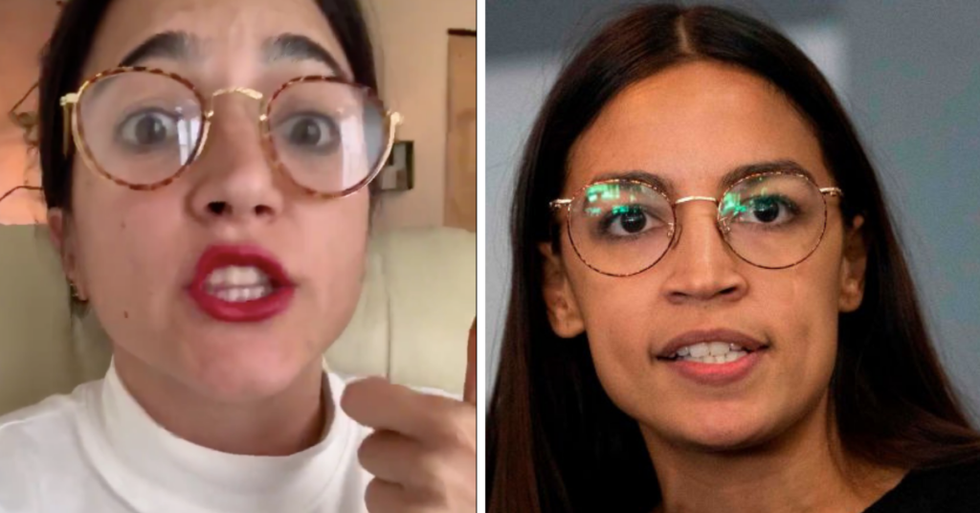 Comedian Alyssa Limperis has an Alexandria Ocasio-Cortez impression for the ages, right down to the emphasized syllables and the flick of her head.

Limperis, a veteran of the United Citizens Brigade comedy troupe, posted her impression of the freshman Congressman less than 24 hours ago and has already gone viral. She imagines what Ocasio-Cortez would say to Tan France and the other members of the Fab Five from Netflix's Queer Eye about the French tuck, France's preferred method for tucking in shirts.

"I feel it is my responsibility as the youngest person in this office to tell people that a French tuck is more affordable, it looks good on everyone, it is flattering, and I think, you know, if all of us could French tuck just a little bit...I truly believe it would make the world for us, for our children, for New Yorkers, a better place to live," she says.

"If we don't address it now," she continues, "what's going to happen next? People start tucking the shirt in too much? It's ridiculous!"

@alyssalimp @AOC @tanfrance @QueerEye That was a great impression, even your eyes were contributing to the effect. Bravo!
— Robert P. Murphy (@Robert P. Murphy) 1554423700.0

Ocasio-Cortez has not yet responded to Limperis's impression, but you can rest assured it's been tweeted and retweeted thousands of times so it's just a matter of time.

Limperis's video comes just after Ocasio-Cortez and other Congressional leaders met with Queer Eye's France, Jonathan Van Ness, Antoni Porowski, and Bobby Berk (Karamo Brown could not make it) on Capitol Hill to discuss the Equality Act. The four members of the Fab Five also watched Congress pass the Violence Against Women Act and War Powers Resolution to end U.S. involvement in Yemen.

"Depending on the state in this country you can be fired for all sorts of things. You have discrimination at jobs, you have discrimination in school," Van Ness said about the importance of the Equality Act, which would amend the Civil Rights Act of 1964 to prohibit discrimination on the basis of sexual orientation and gender identity in employment, housing, public accommodations, public education, federal funding, credit, and the jury system.

Van Ness said the bill is "so important because so many of our states in this country don’t protect people by basis of their sexual orientation or their gender."

“So, basically what we really need is to have some sort of federal legislation that does protect people who are LGBTQIA+ in states like Kentucky, Missouri, Alabama where you can be fired and you can be discriminated against for who you love and what gender you are,” he added.