Of course he was. 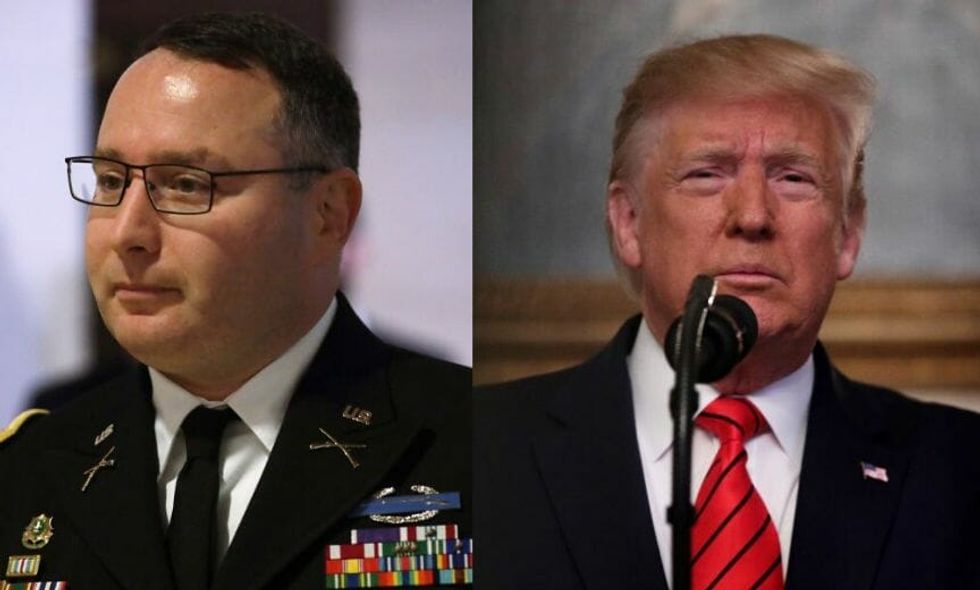 The White House released a rough transcript of the phone call last month, but in his closed-door testimony, Vindman told lawmakers that he was kept from adding additional clarifying details to the transcript, such as Trump mentioning recordings of Biden talking about corruption in Ukraine and Zelensky mentioning Burisma Holdings, the Ukraine-based energy company which employed Biden's son.

This also solves the mystery of the ellipses, which administration officials had claimed was simply Trump trailing… https://t.co/HUEIpdiqsA
— Natasha Bertrand (@Natasha Bertrand) 1572397966.0

Tim Morrison, an NSC member overseeing Russia and Europe, who was also listening on the call, is set to testify on Thursday.