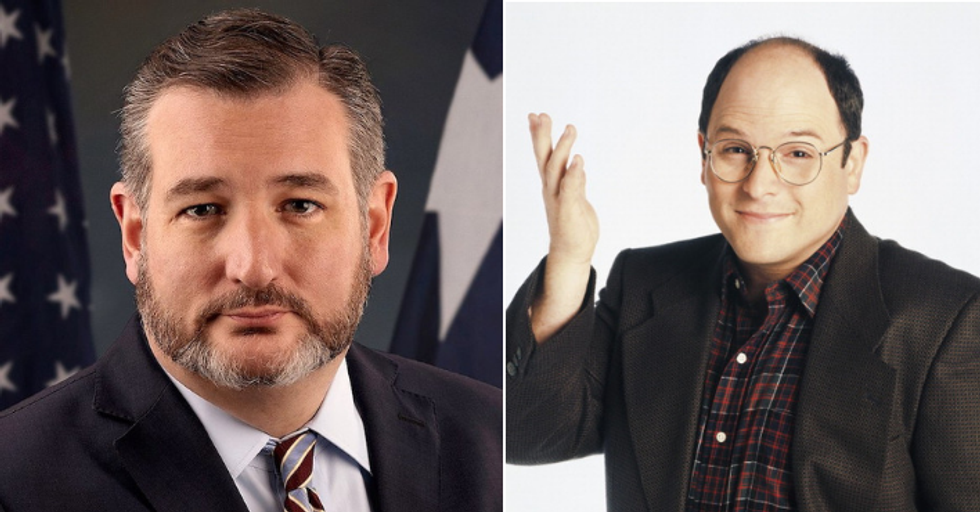 Cruz took to Twitter to bash his fellow Senator. He posted:

"Michael Bennet’s campaign is a Seinfeld campaign—about nothing—that typifies the Left’s empty rage in 2020. In a decade in the Senate, he’s done very little...but he did stomp his foot & yell at me on Senate floor (which he features in fundraising emails)."

But someone had a response for Cruz.

Actor Jason Alexander—who starred alongside Jerry Seinfeld on the hit comedy—posted an answer to Cruz's dig at Bennet.

"So [Senator Ted Cruz] has called [Senator Bennet] a 'Seinfeld campaign', claiming it’s about nothing. I’ve met Bennett. He is a great man and real choice for POTUS. As for Cruz - the jerk store called and they’re running out of you. I say, the faster the better."

So @SenTedCruz has called @SenatorBennet a “Seinfeld campaign”, claiming it’s about nothing. I’ve met Bennett. He i… https://t.co/aBy3r7axn9
— jason alexander (@jason alexander) 1557156709.0

But Alexander was not alone in his response. Bennet himself replied to Cruz.

He shared a gif of Newman, Seinfeld's irritating nemesis.

@tedcruz Seinfeld was an extremely successful sitcom. Is this really the comparison you meant to make?
— aggiebred91 (@aggiebred91) 1556909672.0

There was a distinct lack of love and support for Senator Cruz.

Bennet joined a crowded field of Democrats seeking the presidency. Cruz once ran against Donald Trump, but so far only one Republican announced their intent to campaign against the President.