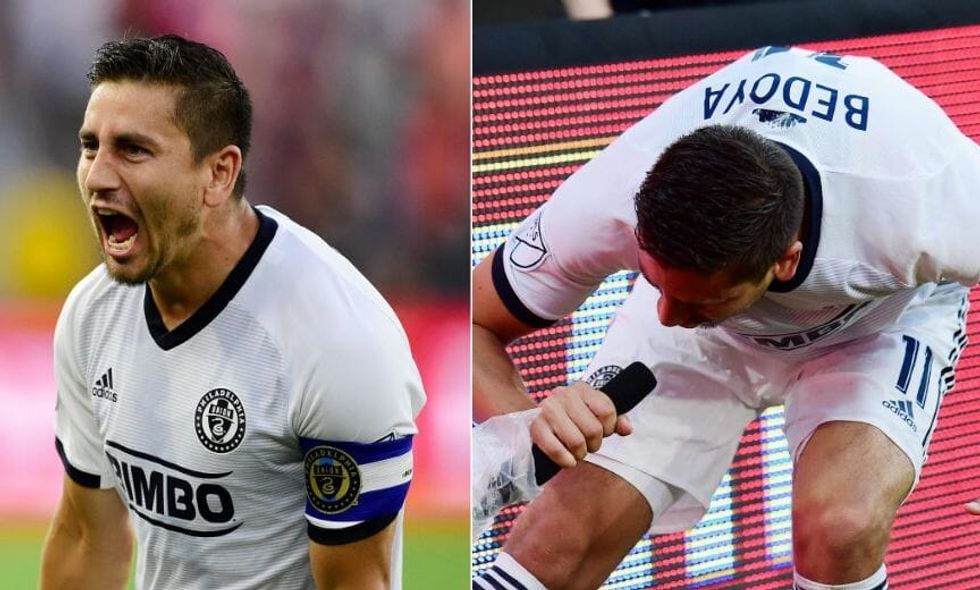 Americans across the country were horrified on Sunday at two mass shootings 13 hours apart in El Paso, Texas and Dayton, Ohio. They were the 249th and 250th mass shootings in the United States in 216 days.

The achievement didn't stop Bedoya from demanding that Congress act on the American epidemic of gun violence. While celebrating, Bedoya grabbed a field microphone and shouted for Congress to do something to "end gun violence."

Bedoya's use of his platform during a nationally televised game to call attention to gun violence and Congress's inaction on it was commended by many, including Philadelphia Union coach Jim Curtin.

Bedoya is far from the only one calling on Washington to take immediate action on gun violence.

Several Democratic presidential candidates and lawmakers are calling on Senate Majority Leader Mitch McConnell to end the August recess for an emergency vote to curtail the epidemic.

The Bipartisan Background Checks Act passed the House in February—but it hasn’t even received a hearing in the Sena… https://t.co/atUznbYTPh
— Kamala Harris (@Kamala Harris) 1565023113.0

This is a national crisis. Mitch McConnell needs to bring the Senate back from recess right now and hold votes on l… https://t.co/FyB3hNwUhk
— Cory Booker (@Cory Booker) 1564945534.0

However, @SenateMajLdr has called himself the ‘grim reaper’ and refuses to act on this bipartisan legislation. It i… https://t.co/ojEI4x5hko
— Nancy Pelosi (@Nancy Pelosi) 1565020814.0

As for Bedoya, Americans were cheering for more than just his goal.

@kylegriffin1 I literally get chills listening to this. People of influence are using their platforms and demanding change.
— Kris 💍 (@Kris 💍) 1564973231.0

We can only hope that voices like Bedoya's will finally compel Congress to act.