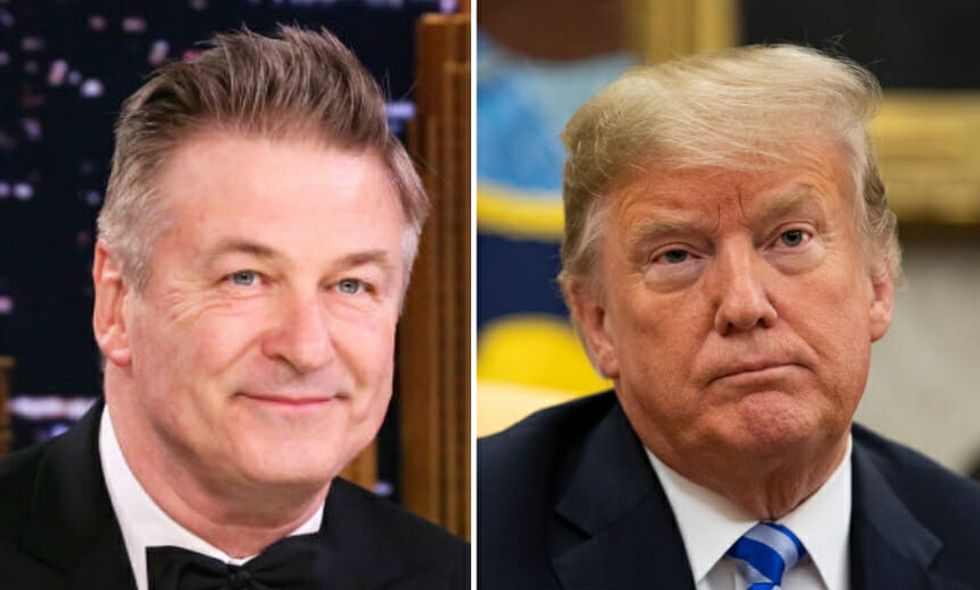 As if President Donald Trump wasn't irate enough at Alec Baldwin's impersonation of him on Saturday Night Live, Baldwin upped his trolling game of Trump on Monday by teasing a hypothetical White House run against the incumbent Republican in 2020.

"If I ran for President, would you vote for me? I won’t ask you for any $. And I promise I will win. Beating Trump would be so easy. So easy. So easy."

"These tweets save me millions in polling," Baldwin added.

@ABFalecbaldwin Yes. And I would DANCE on the Mall at your inauguration. ❤️
— ChicagoDenise (@ChicagoDenise) 1554734720.0

Baldwin was “1,000 percent sure” he would win “hands down," he said. “It would be the funniest, most exciting, most crazy campaign,” he joked.

It would be amazing, and we already have a pretty decent picture of how it would all go down.

Baldwin parodies Trump on Saturday Night Live, often angering the president to the point of lashing out on Twitter. In February, Trump called SNL a "Republican hit job" that "should be looked into."

Trump made a similar complaint last month and suggested that there should be "consequences" for entertainment outlets that make fun of him.

"Should Federal Election Commission and/or FCC look into this?" Trump added. 'There must be Collusion with the Democrats and, of course, Russia! Such one-sided media coverage, most of it Fake News. Hard to believe I won and am winning. Approval Rating 52%, 93% with Republicans. Sorry! #MAGA"

@ABFalecbaldwin If he can play a billionaire on TV and become president, you can certainly go from mocking the pres… https://t.co/WXJpx2sHIF
— Dara Cohen (@Dara Cohen) 1554737080.0

Some are over the whole celebrity presidency thing, though.

Maybe we can find a middle ground:

@ABFalecbaldwin Only if your VP was Pete Buttigieg or Kamala Harris and you resigned first week in.
— John-Phillip 🐳 (@John-Phillip 🐳) 1554733799.0